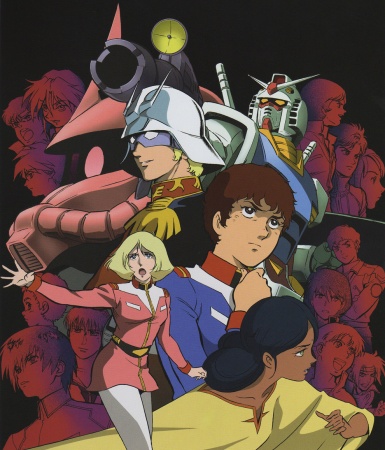 This has been article I’ve been meaning to write, now that I’ve finished reviewing all the episodes of “Mobile Suit Gundam.” The first in the “Gundam” series. Suffice to say, I understand how it sparked a franchise. This was an anime that covered the human cost of war and politics, the hard choices, from the civilians caught in the middle who in many cases are forced to take sides, from the good people on both sides of the conflict and how war can lead to regret when a person realizes how it has changed them and those around them. You get to know the characters, which is why these things and many times their dying actually matters.

The human cost of war is the most prevalent thing you feel in “Mobile Suit Gundam,” characters are introduced like Ramba Ral, Crowley, Matilda and others who we come to know right before they are torn from us, in many cases by other characters like the crew of the Trojan Horse who we have come to care for. We also see the human cost in how Amuro’s father is psychologically broken from the attack when he loses oxygen and he is no longer able to fully attach to his son or to use the great engineering mind he once had the designed Gundam.

Characters are also forced to make hard choices and take sides. At one point Amuro leaves, at another point Kai leaves…for Amuro it’s partially because he doesn’t want to give up Gundam, but it’s also him genuinely wanting to prove himself and help in the war, for Kai it’s because he’s tired of fighting in a conflict he never wanted to be a part of. He was a civilian who doesn’t adapt to war until he has a reason when he loses the woman he loves who was a spy who ends up betraying Zeon. She makes that hard choice too as she became a Zeon spy to care for orphan children and needed money. Sayla is also forced to make a choice when she learns her brother Char is serving under the Zeons in order to overthrow them since Char and Sayla are the true heirs before the Zabi family overthrew them. In these moments of hard choices, we get why characters do the things they do. It makes them human and the conflict they are a part of real.

Another aspect covered is how people change. Char goes from his personal vendetta against Amuro to remembering his original mission and destroying the Zabi line so that his new dream of having a world shaped by Newtypes like him and Amuro can become a reality. Degwin Zabi also changes when he sees the human cost of the war and how he has turned his son into a monster who believes in Zeon supreme and decimating the rest of the colonies for population control so Zeon can colonize them. To prevent his Nazi son from destroying his legacy and innocent lives he goes to meet General Revil for a peace talk only for Gehrin to destroy them with the Solar Ray. Amuro also goes from fighting for the sake of fighting to fighting for his family of White Base 7. The crew is his community and home and his last act before saving himself is to get them all to safely with his newtype powers.

Because of all these factors, the choices characters make and the cost that comes with it are accurately felt. In many cases during war there isn’t a right answer, there are only slightly worse or better answers. This moral quandary is part of what makes the characters memorable, they aren’t allowed to stay static because the war presents them with choices and their choices shape the conflict. The series doesn’t end on a completely idealistic note either. An armistice is signed between the Federation and Zeon but it is left open since the cost of the war so high…you know that both sides now carry hatred from what they just went through and for this reason even though there is peace it could very well be temporary as both sides have hurt each other so greatly.

This was an amazing anime and one I’d highly recommend. The animation is a little rough at first and the songs too hopeful but they both get better and better capture the price and cost of war. If you are looking for an anime with compelling characters, good action and choices that mean something, you will enjoy this one greatly. This series makes me look forward to reviewing other series in the “Gundam” franchise.

Final score: 9 / 10. Solidly great, just started out a little rough and the Trojan Horse being unstoppable for a time kept it from being perfect.