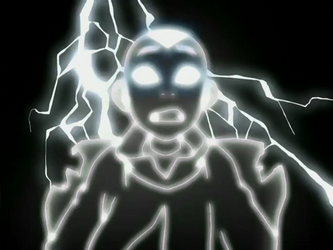 Book 2 wasn’t as solid in it’s arc as “Water” was in some ways but it had the best payoff though and was really good at covering the themes of how attachment leads to suffering and how that fear and need for approval can lead to suffering in not staying true to self and letting others define you and what is most important. It’s a powerful episode with consequences and a good Finale for “Earth.”

The episode was directed by Michael Dante DiMartino and written by Aaron Ehasz.

The story involves Azula taking control of Ba Sing Se, Team Avatar’s rescue of the Earth King and Katara and Zuko facing the choice of being Son of the Fire Lord or someone who will fight for Team Avatar. Azula’s plans that she has set in motion come to a head with lasting consequences on our heroes.

The Pros: Long Feng and the Dai Li – We learn a lot about Long Feng in this, like how he was someone who was once lower class who clawed his way up to the top and it was through his ability and strength he became the leader of the Dai Li. Sadly Azula being royalty ends up trumping his claim and he submits to her.

Mai and Ty Lee – These two have a more minor part to play but they still do a good job fighting Team Avatar though Mai is done when they are coming to get revenge for how easily they took out Katara last episode.

Sokka – Sokka’s care for Katara is a major part of this episode as we see that he is just as driven as Aang to find her and willing to put asides his differences with Iroh who to him is an enemy because he is Fire Nation in order to rescue his sister.

Toph – Toph schools her captors and is a major force in the rescue as she wipes out most of the enemies she faces. She is cut off from helping Aang though, which is a shame as she could have turned the course of the battle if it had been her, Katara and Aang against Zuko, Azula and the Dai Li.

Iroh – Iroh shows that he doesn’t care about the Fire Nation, he lives for Zuko and when Zuko betrays him he is saddened that Zuko still let others define his happiness and honor. He defends Team Avatar too showing that he is truly their ally.

Katara – Katara shows why she is a Waterbending Master when she is holding her own against Zuko and Azula and doesn’t get overwhelmed until the Dai Li reinforcements arrive. We also see how deep she is too when she is ready to forgive Zuko and wants to help him with his suffering until he betrays her…after that she is Aang’s protector and uses the Magic Water in order to revive him after his near death.

Zuko – Zuko makes a choice and chooses to be Son of the Fire Lord. In this choice he turns on his Uncle, Team Avatar again and helps Azula succeed in taking control of Ba Sing Se. He is still empty though as he realizes he hurt the people who were only trying to help him heal and grow and maybe honor isn’t all it is cracked up to be.

Azula – Azula is truly a mastermind. She takes control of Ba Sing Se, the Dai Li and mortally wounds the Avatar as well as turning Zuko to their side. She is the greatest threat in the series thus far and this one makes her feel much more dangerous than Ozai ever has felt. She is in control and an expert manipulator.

Aang – Aang is forced to give up Katara as he realizes the Avatar State is the only way he can take on Azula, Zuko and the Dai Li. Sadly when he is going into the state Azula mortally wounds him, cutting off his connection to the past Avatars and leaving him weakened…all of this because he left his training early. Aang is once again feeling the power of his failure to fulfill his destiny as an Avatar as another nation falls before the Fire Nation.