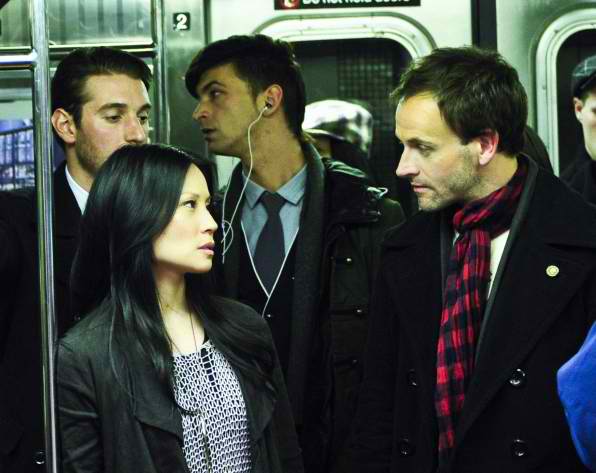 CBS did a good job when they created “Elementary.” The only way it is in any way like BBC’s “Sherlock” is the fact that it takes place in the present…everything else is different. From Watson having agency and actually facing her past and helping Sherlock deal with his addiction, to us being given a show that tries to have individual mysteries that stand on their own. There is no arc as of the pilot, no villain is established…(unlike Moriarty established at the end of “Sherlock’s” Pilot and we see that the main people our characters are facing are one another and themselves. This is what truly makes it great.

The “Pilot” was directed by Michael Cuesta and written by Robert Doherty.

The story involves Joan Watson being assigned as the sober companion to Sherlock Holmes, per his father. Together they must deal with another and reach an understanding while solving a home invasion and disappearance.

The Pros: The Writing – The writing is awesome! Actions have consequences and we see Watson and Sherlock change over the course of the episode as they face issues within themselves and how they relate to one another.

The Soundtrack – Sean Callery created a beautiful soundtrack that captures the mystery of the show and also the stress of Holmes’s addiction. It’s a wonderful score and one I plan to use for writing later.

The Cinematography – The cinematography is amazing, just like in “Sherlock.” We get slow shots of action that show objects breaking as well as glimpses of scenes giving us a picture that is slowly put together over the course of the episode.

The Characters – Whether they are minor characters or major, all the characters in the pilot feel fleshed out.

Dr. Richard Mantlo – This guy is a great antagonist! He manipulates one his patients who has a sociopathic desire to kill red headed women and makes his wife change to fit the type…all of this so he can keep the money from the fortune. The man is just as disconnected as Sherlock which leads to a great contrast in how they relate to and treat others where Mantlo doesn’t care and Sherlock makes an effort.

Captain Thomas Gregson – Gregson is the American detective who helps them with the case and brings Holmes in as a consulting detective. He is a source of stability for both Joan and Sherlock as he is always laid back and is a calming present for both their anxieties. Aidan Quinn does a great job.

Joan Watson – Lucy Liu owns this role! In her we see that she is working through trauma too as she failed as a surgeon and that is what lead her to become a sober companion. Unlike other Watson’s she does’t put up with Holmes’s abuse and calls him out or leaves him which forces him to grow and change how he interacts with people so he doesn’t take them for granted. Holmes also helps her find confidence as she helps him solve cases through their conversing and she gives empathy to others that he only really gives to her.

Sherlock Holmes – Jonny Lee Miller plays a very intense Holmes. His Holmes took addiction to the fullest and is recovering from that. This makes him intense and rebellious (a very different but fun take) and leads to him having to relate to people as he doesn’t want to be alone after how he was burned in the past. To this end we see him learn to talk to others, specifically Joan Watson who he grows to respect over the course of the episode.

This is a show that really did everything right. It took the essence of the source material and grew beyond it…it also remembered the core art of writing and the fact that actions have consequences and characters must change. There is no real problem with this episode but there is a greater problem I had with the series…after the Finale I tried watching Season 2 but I couldn’t get into the disconnected format, the lack of arc and with it the eventual filler that came is what turned me off from the show. In the future I will give the show a full watch and assessment, but for now I stopped watching it for a reason and I have no idea if Season 3 was able to become more solid and do less side quests.

Final Score: 9.5 / 10. Only reason it isn’t higher is because it’s not really attached to the rest of the show, showing this series would have worked better as a mini-series not a 24 episode format.