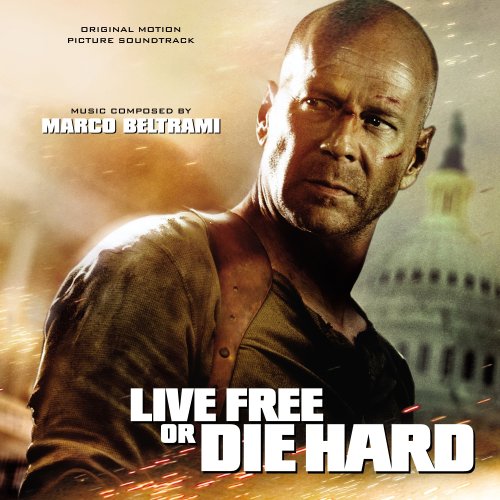 There is a cliche that action movies are stupid. They are popcorn flicks where you can turn off your brain and watch people shoot and fight each other. The villains are simple and the characters are heroes and that is all it takes. This was not the “Die Hard” Franchise until this movie.  This movie is so lazy, the characters are barely fleshed out, none of the past films are even relevant to this one so it feels as if it is trying to erase history and make McClane into someone he never was and it does all the stupid romance and action cliches, where the past films managed to transcend them or give them depth. Seriously, this movie sucks and I’ll get into more of the why deeper into the reviews.

The film was directed by Len Wiseman, written by Mark Bomback and produced by Michael Fottrell.

The story involves a cyber-attack on U.S. infrastructure by a U.S. hacker Thomas Gabriel (Timothy Olyphant) leaving John McClane (Bruce Willis) to protect the hacker Matt Farrell (Justin Long) who holds part of the code and ability to stop him.

The Pros: The Premise – The premise of a cyber-hacker is actually pretty cool. It’s a shame the villain has no charisma and no real drive. The idea of hacking a system to cause panic is really intriguing and was done beautifully in “Skyfall,” but this is no “Skyfall.”

The Stunts – Willis still does all his stunts, so credit where it is due. He is good at this stunts and good at action even if the action is pointless.

Okay: Warlock – Kevin Smith is a super hacker who actually manages to help Willis stop the big hacker. I liked the guy since he played a paranoid basement dweller who was into all the conspiracy theories. He was fun but I only put him as okay because he doesn’t feel like a full character, he feels like the idea of a character.

John McClane – McClane has become a cartoon character. He starts out beating up his daughter’s boyfriend or at least threatening the guy, we see him throw cars at other vehicles and take on a fighter jet. There isn’t a really an arc at all and his chemistry with Matt doesn’t compare to his chemistry with Zeus.

Okay/Con: Matt and Lucy – These two have the same problem and are a part of another problem. They are written like cliches. Lucy is a flirt, Matt is a bit of a creep and they only exist to ignore and later learn from McClane. Lucy eventually loves her dad because dad saves her and Matt is given courage by McClane. If this had been done creatively I’d put those as okay or pro but they are written so cliche that it is awful to watch how it unfolds.

Becoming a Catchphrase – He ends it with “Yippee-ki-yay mother fucker,”  and shoots himself to shoot the bad guy. Yes it is as awful as it sounds. A phrase that once had meaning as him saying “Screw you,” to the bad guys after being mocked is now just existing because. McClane is a catchphrase in this film.

The Villains – They have no depth or dimension and the lead villain is only complex in that he has a lover and wants to get paid for working for the government and creating the situation in the first place where they can hack everything. He was such a winy ass that I never felt threatened by him.

Women as Objects – Matt creeps over the phone anytime a beautiful woman is talking to him, Lucy boyfriend creeps on her and McClane with his over protectiveness comes off as a creep always getting in his daughter’s space. Seriously, women only exist as objects in this.

Contrived Romance – Lucy and Matt develop feelings for each other  and it is tacked on at the very end. God I hate this script.

Pointless Action – He fights a jet, has a car chase but none of it means anything because he has ceased to be human. He’s Bond level competency and no longer a human being anymore so we know he will survive so it no longer means anything and the villain driving the action is a bad villain. He isn’t threatening at all.

McClane is not Bond – McClane is not bond. He was a schlubby cop who often times only one because he’d notice something normal and use it, like a powerline. This film misses the fact that it is McClane’s mortality that makes him compelling. He’s supposed to be a mess and trying to get his life together, not an over-competent super cop. He never was that, he was a man who would just survive and was usually the one losing up until he could finally turn things around just barely. This film forgot all of that.

This movie is a waste, at most of the characters are safe and at worst they are caricatures. McClane was never a secret agent or James Bond like figure so this entire film takes him out of being the cop down on his luck. He’s become an action hero when before he was a man in the wrong place at the wrong time who rose to meet circumstances. Here he is fighting jets, throwing planes into helicopters. Call him whatever you want but he is no longer John McClane, the cop who has to punch and think his way out of situations. This is what happens when Hollywood gets a hold of a Franchise and misses what made it good in the first place. They replace characters with action and turn a normal guy who happened to become an action hero into James Bond. Keep Bond in Bond films and let McClane be the cop who has grown from the past films versus the static cartoon character he is in this film. This film fell so far after the perfection that was “Die Hard with a Vengeance.”

One thought on “Live Free or Die Hard (2007): The Dumbing Down of the “Die Hard” Franchise”