This was a cluttered season but also gave some of the best villain moments throughout this entire series. When I was watching it as it was coming out on Fox I eventually got a bit burned out during the first half of the Mad City arc but after it came to Netflix ended up marathoning it and got a much greater appreciation for what the writers were trying to do. This was a season where I think the writers must have thought they might be canceled after, because the ending gives enough of an end that it would have been a good ending to the show. There are character endings and also beginnings for some major events. I’ll save that for the spoilers though, for now this season is worth your time if you’ve been watching the show thus far.

The story involves the recovery of those who broke out of Indian Hill at the end of last season and a re-alignment of powers as Fish Mooney leaves town with Strange, leaving Penguin to fill the power vacuum as he decides to run for mayor, and a new threat arrives on the scene in the form of The Mad Hatter who wants to make the city mad with his sister’s blood. From here the story unfolds as the Court of Owls continues to manipulate events behind the scenes as Alfred, Bruce and Jim must deal with these threats. 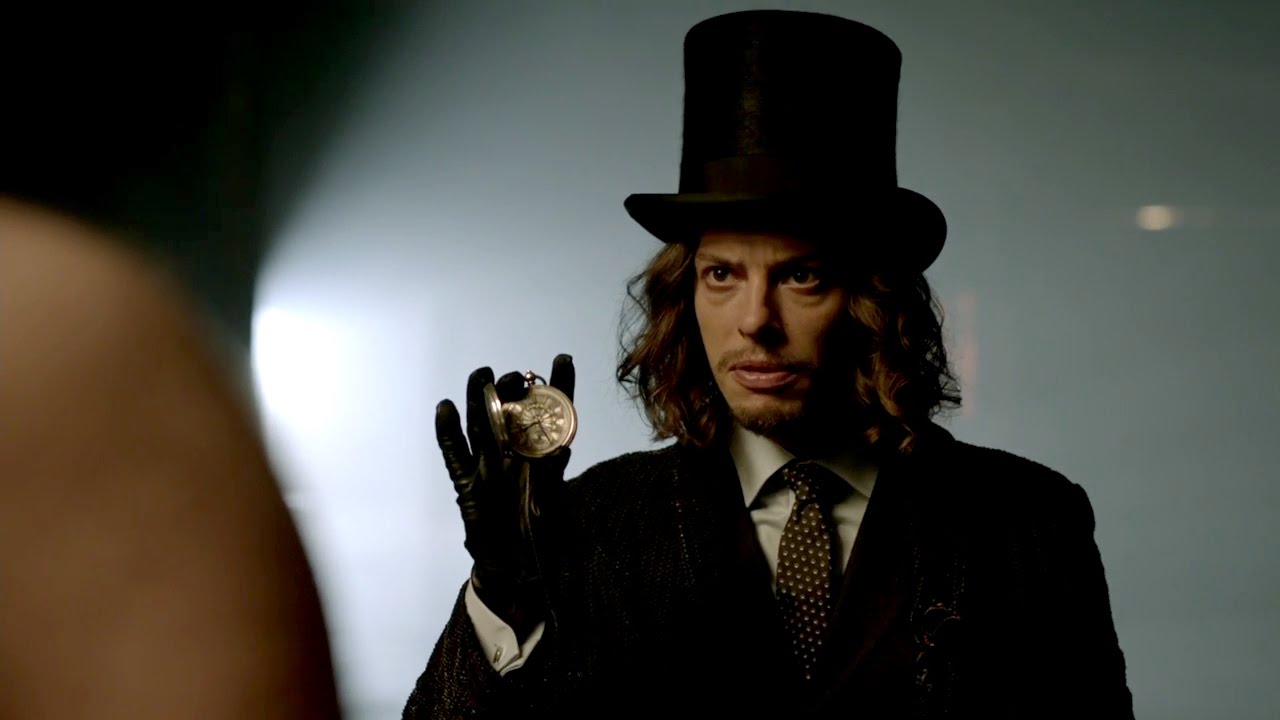 The Madness Arc / Mad Hatter / Tetch Virus Arc  – The Mad Hatter is a creepy and wonderfully scary villain. He is all about mind games and the whole arc with his sister is tragic as his obsession is what destroys any sort of friendship or connection they might have had. This fuels his madness as it her blood that the Court of Owls wants and uses to infect the populace. By the end it is unknown where he is and his arc is eventually defeated by Hugo Strange and the GCPD, but together Jim Gordon gets infection, Commissioner Barnes gets infected (becoming The Executioner), Lee Thompkins and countless others. The Mad Hatter is the core driving threat through the season, even after he is in Arkham.

The Creation of The Riddler – This is the season where we finally see Edward Nygma become the Riddler. Before there was always hints of it and he had been a villain and murderer prior, but this was where he sought an identity that was unique after he shoots Penguin and leaves him to die. It is really cool seeing him at the top of the criminal underworld as his obsession is with quality art, science and the areas of higher learning. He kicks off his killing spree by killing a bunch of professors. This fit the character beautifully and Cory Michael Smith has really grown into this role. 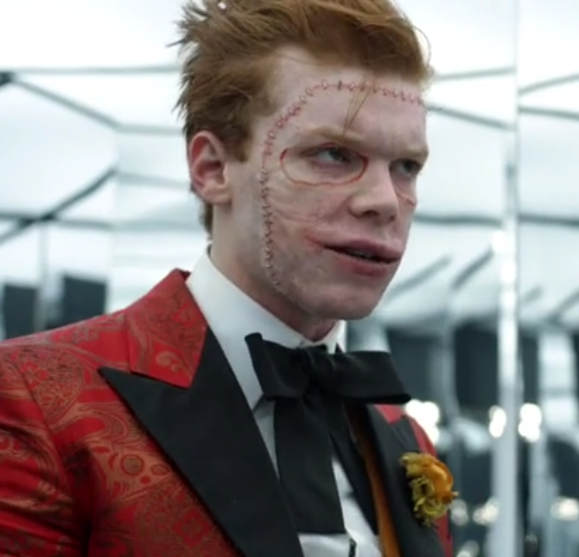 Return of Jerome / The Joker – The weakest Joker in live action thus far is Jared Leto, his Joker is the only one where there isn’t a threat about him and his drive is so weak (money, Harley Quinn). Jerome is the Joker who inhabits the philosophical sociopathy of the character as when he is resurrected the first thing he does is a call for a “Purge” style event where people can do whatever they want, as he attempts to corrupt Bruce Wayne before killing him as they tour the circus. It has elements of “The Killing Joke” in it and when he is defeated by Bruce Wayne, you know he’s coming back. This is where the character truly comes into his own in “Gotham” and the fact that he has a Jokerz cult already gives him even more power than he has in a lot of the different versions of him.

The Rise, Fall and Rise Once More of Penguin – One of the main arcs this season and really of the show is that Penguin will rise fall and rise again. He’s like The Drowned God as each time he comes back he is powerful than before. In this we see his love for Nygma lead to his undoing as he kills Nygma’s love out of jealousy and soon realizes no one liked him, they only respected him out of fear. It is this realization after he is no longer Mayor and Fish forgives him that we see him come into his own. He grows as a person and puts Nygma behind ice as a reminder never to love again as he incorporates Fish’s gang into his own after her death by the hands of Jim Gordon. Robin Lord Taylor’s Penguin continues to be one of the best parts of this show.

The Arrival of Ra’s Al Ghul – Another major arc of this series is the reveal of the League of Shadows who are shown to be the ones pulling the strings behind the Court of Owls and that the past times Gotham has been destroyed is because of them. They are extremely powerful in this and brainwash Bruce to the point that he stabs Alfred and has to save his life. We also see that the Tetch Virus was never that big of a deal to them as Ra’s (played amazingly by Alexander Siddig) reveals that knowing Bruce will be his heir is enough and that he is nothing but patient. Whether he still is in Gotham or was ever in Gotham is unknown as his robes appear empty when Bruce tries to slash him. I really like this version of the character and I really hope the show doesn’t mess up. Siddig is perfect for this role.

Okay: Selena and Bruce’s Lovestory – This was really kind of lame. I’m not putting it as a con because it did develop their trust issues and why they’d never work as a couple, but it went nowhere and was pointless.

The Cons: Cluttered Storytelling – Hugo Strange and his creations, Penguin as Mayor, The Court of Owls, the Mad Hatter, the creation of the Riddler the rise of Barbara, The Executioner’s creation and the League of Shadows. There is so much this season and it clutters the overall execution.

The Bruce Wayne Clone – This arc didn’t go anywhere. He was there just to give time for Bruce to get brainwashed and was only a plot device. What a lame end to an idea that could have been done decently this season.

The Handling of Lee and Barbara – Lee is the damsel nearly the entire time and can’t be trusted with anything and Barbara is crazy and turns on anyone, even those who are her allies. I hate how women have been handled overall in this show and it is a major factor that kept this season from being great. In the end Barbara dies so that arc went nowhere and Lee once again leaves Gotham, which already happened before, so who knows if she’ll be back again.

Overall this was an extremely solid season, even with how cluttered it became with so many arcs going on. The weakest parts were really the heroes. Jim Gordon was okay and I liked his moral grey that he had early on and kept through the season, but Bruce really didn’t have a great moment until he knocked out Jerome / The Joker and showed that all the setup the past seasons was finally going somewhere. It had some things I really loved, like Alexander Siddig as Ra’s Al Ghul, Nygma coming into his own as the Riddler, Hugo Strange showing up a few times and of course everything with the Penguin and Joker. This was where the series shined and made it a solidly good experience I’d recommend.