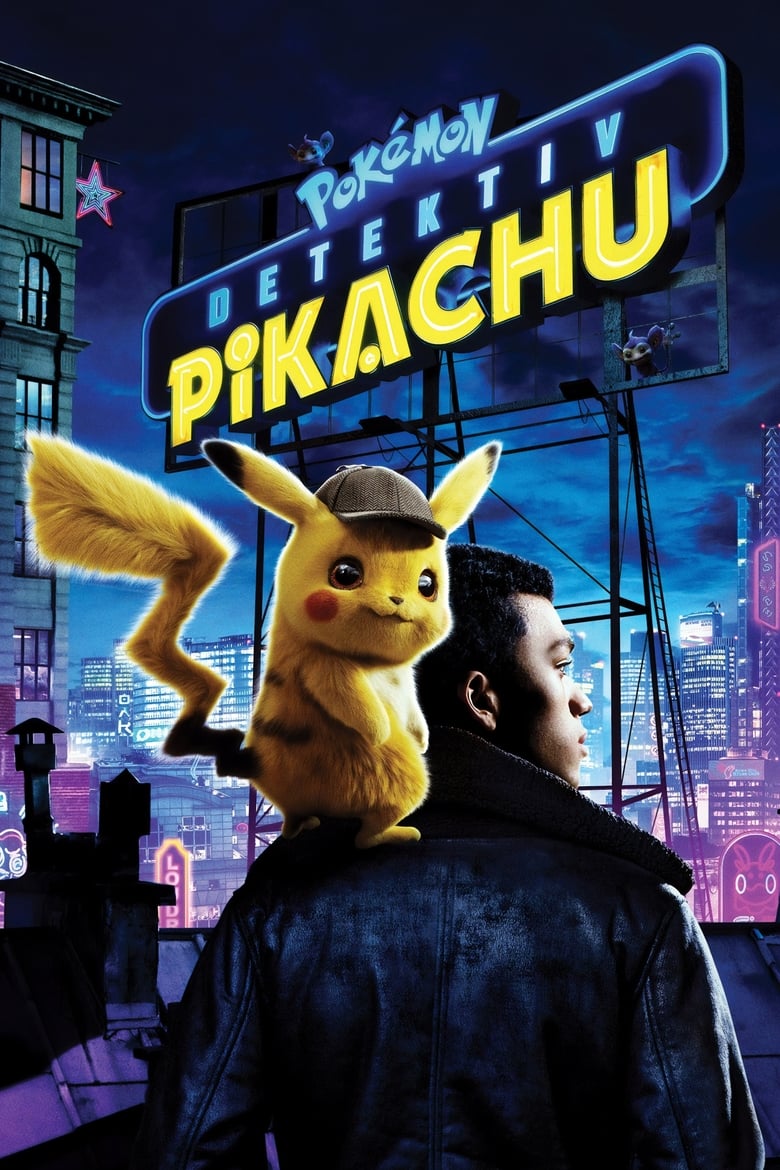 “Detective Pikachu” was not a film I expected to enjoy as much as I did. I grew up with Pokémon Blue and Yellow on the Gameboy, saw some of the original show and traded some cards in Elementary School. I was a casual fan who enjoyed the zoology aspect of it. Pokemon are a cool concept and this film explores the relationship as mutual versus what can easily be interpreted as “dog fights” of the games. This film truly honors the show where Pokémon love the humans they work with.

The film was directed by Rob Letterman who co-wrote it along with Benji Samit, Dan Hernandez and Derek Connolly.

The story follows Tim Goodman (Justice Smith) as he uncovers the mysterious death of his father, with his father’s partner Detective Pikachu (Ryan Reynolds).

The World – This is a world that explores the relationship with Pokémon and people. Tim is the base of this, as he doesn’t want his father’s Pokémon since he blames Pokémon for why his father was killed. From this, we get fighting rings, labs trying to control them, mutual relationship in the city and wild in the forest. There is so much diversity to Pokémon that it shows it is far more complicated in this world than at first glance. Most of the action takes place in Ryme City, which is the city where Pokémon and humans live in unity together.

The Pokémon – The Pokémon are easily the best part of the film. Each of them have distinct personalities with Pikachu and Mewtwo being the most distinct. In this world Pokémon and humans have bonded together and each person has a Pokémon of their own. It is a really neat concept and I like how it shows they are intelligent animals. They fight, they get angry at one another but they also care for each other and their humans too. I’d love to see more of them within this universe if we get a sequel.

The Side Characters – The side characters are who really carry the plot. Whether it is Ken Watanabe as Detective Yoshida or Bill Nighy as Howard Clifford…it is these side characters that make the film interesting as they bring a lot of depth to the roles, where our leads by contrast are pretty bland.

Detective Yoshida – Detective Yoshida knew Tim’s father Harry and serves somewhat of a mentor role for Tim, who doesn’t want to be in Ryme City. His Pokémon is a grumpy Snubbull who’s gruffness mirror’s Yoshida’s kindness. I wish we’d gotten more time with him as Ken Watanabe steals every scene he is in.

Mewtwo – Mewtwo is initially presented as the antagonist, as from all appearances it looks like it was the thing responsible for the death of Tim’s father. Over the course of the film we learn it is quite the opposite though as Mewtwo was the one who saved Harry Goodman from the evil machinations of Howard Clifford and his goal to control and rule over Pokémon.

Howard Clifford – Bill Nighy is the big bad and the setup of finding out his plan is great. From all appearances it looks like he is trying to stop his son who appears to be the one experimenting on Pokémon. The reveal comes when Tim finds Howard’s son tied up in the closet and Howard’s Ditto is shown to have been the one manipluting things on Howard’s behalf. It is brilliant as well as this broken man seeking to become a God by putting his mind into Mewtwo and combining people with their Pokémon so he can rule over them. It is very well done and I loved his final fight with Detective Pikachu.

Ryan Reynolds as Pikachu – Ryan Reynolds voices Pikachu and also plays Harry Goodman who we learn was combined with Pikachu by Mewtwo in order to save Harry’s life. Pikachu doesn’t remember what happened that night so we get to see how his relationship forms with Tim, who never had a good relationship with his dad. It is really well done and in the end he fights Howard’s possessed Mewtwo so that Tim can rescue Mewtwo from Howards subjugation. It is really well done fight and Reynold’s sarcastic and cute humor works so well as Detective Pikachu.

The Leads – The leads are super bland. Justice Smith as Tim Goodman, though he is at least sympathetic as a kid trying to form a relationship with his dad through his Pokémon Detective Pikachu. Same goes with the other lead Lucy Stevens who is most memorable in that she has an anxious Psyduck while she isn’t afraid of anything, so is always making her Pokémon panicked. They aren’t bad, but they are very one-dimensional and easily the weakest parts of the film.

This was a good film. It is hard to call it great because the leads are so bland. The core reveal in the mystery was touching though. If we return to this world in sequels, chances are I’d be giving it a chance. This movie was far better than it looked like it would be in the trailers. Ryme City is fascinating and I’d watch more Reynolds and Watanabe interacting with Pokémon. If you are a fan of Pokémon, I think you’d love this film.