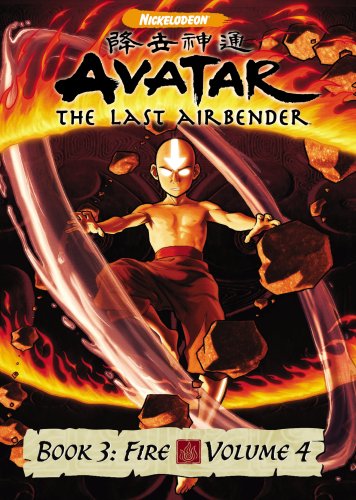 It has been a while since I’ve returned to “Avatar: The Last Airbender,” and it was an amazing return to one of my favorite shows after so long and finish up reviewing the Books. Book 3 is the only season I have yet to review. This is easily the best of the 3 Books and there are very few issues I have with the overall execution of the narrative. I’ll get into those problems below but if you need a spoiler free recommendation I highly recommend this show and this is easily the strongest season of them all. Michael Dante DiMartino and Bryan Konietzko truly created an amazing story.

The premise picks up where we left off, as an injured Aang recovers from his defeat by Azula and Zuko last season. Team Avatar helps Aang recover as they help the rebellion prepare for the invasion of the Fire Nation.

The Consequences of “Book 2” – Part of what makes this season work so well is it plays directly off last season. Nothing is retconned and we have the consequences of last season explored. Aang is disconnected from the Avatar state after Azula killed him and the invasion fleet is making their way to the Fire Nation to attack during the Eclipse when Firebending will no longer work. We learn it has been weeks since Aang was brought back by the Moon Spirit Water and Katara and eventually he tries to leave to take on Ozai on his own. He quickly discovers how broken and weak is. This accumulates in events that force Aang to complete his training and learn Firebending as the threat of Ozai and Sozen’s Comet hangs overhead as a ticking clock. It is beautifully done. We have the Fire Nation victorious and our rebels barely holding onto hope.

A Return of Old Allies – This season we see a bunch of old allies return. We have all the Earth Nation folks from the Swampbender Tribe, the wrestlers who Toph defeated, the Southern Water Tribe army, the mechanist and others. Each of them plays a part in the Invasion and we see just how competent the rebellion is. Sadly, what ups the stakes is that all these old allies lose to Ozai and his forces. We also have the return of June the Bounty Hunter and the different Elemental Masters and Suki as the season progresses further. Seeing the return of these old allies in the roles they play against Ozai and is forces is absolutely fantastic.

The Failed Invasion – The Invasion is a brilliant plan. Attack the Fire Nation Capitol and defeat the Fire Lord when his entire nation cannot Firebend for the minutes the Eclipse is active. We know that our allies are strong enough as Team Avatar has taken on powerful foes before and we see the Rebellion use all their tools to defeat Fire Nation forces until their retreat is eventually cut off by the secret Airship Armada that Ozai was holding in reserve. All the men surrender and we have Team Avatar and the kids of the rebels leave together as the original plan is forced to take place. Aang needs to train and become a fully realized Avatar in order to defeat Ozai. 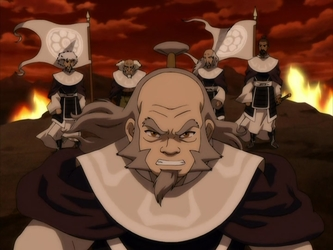 Iroh – Iroh is my favorite character in the series and this episode illustrates so many reasons why. He breaks himself out of prison after warning the guard who was kind to him to not be around when he does (he does creating enough heat in his body wreak havoc and defeat the guards and breakout). Once he is out Zuko eventually seeks him out and the resolution of this relationship is so beautiful. He tells Zuko that he never hated him and was only wanted him to find his way. In the end he says he cannot defeat Ozai either as even if he could defeat Ozai it would keep the old system in power and that only the Avatar’s defeat of Ozai gave the possibility for the Fire Nation to change. God, what an amazing character. His logic makes sense and the apolitical goal of the Order of the White Lotus follows this philosophy.

An Exploration of Forgiveness and Justice – One of the most powerful themes of the show is that of forgiveness. Katara near the end of the series goes on a quest with Zuko to find the man who murdered her mother. We see her freely use bloodbending (showing how much she’s changed since learning it) and it is after she sees how pitiful she is that she chooses not to kill. She does not forgive him but she refuses to be changed by him. This was so beautifully done and I love how it isn’t clear cut. She doesn’t forgive the man who murdered her father, but she grows from the experience. The same applies to Zuko when he confronts Ozai and refuses to kill him and calls him out for the scar he gave him. He holds him accountable and says the Avatar will be the one to defeat him after sticking around long enough to show Ozai that he is standing against him in his own way. 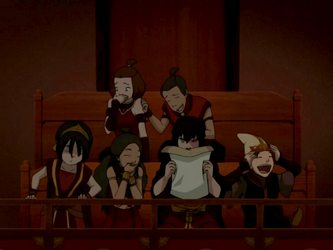 Team Avatar – Team Avatar grows this season and is made all the stronger for it. We have Suki after her rescue from “Boiling Rock” and we have Zuko when he leaves the Fire Nation during the eclipse and becomes a friend and mentor to Aang and the Team. Sokka is the glue and it is his plan that initially fails during the Eclipse. He makes up for this though when he, Suki and Toph stop the Fire Nation airships meant to destroy the Earth Kingdom. Katara has one of the best arcs this season as we see her face the loss she’s dealt with as she was Sokka’s mother figure because of the Fire Nation’s killing of her mother and her father leaving to fight the war. This abandonment arc ends with peaceful resolution with her dad and confronting her mother’s killer. Toph is around as the strongest member of the party in battles as she saves our heroes on multiple occasions and also helps characters grow as she is the one who first tells Zuko that Iroh probably doesn’t help him since he’s helping Team Avatar now. We also have Aang who has to finally deal with the fact that he has to face Ozai. This arc of him learning Fire Bending and finding peace within himself is very well done as he finds the strength he needs to confront Ozai and find a way to defeat him without ending his life.

The Final Battles – We have Aang versus Ozai, Katara and Zuko versus Azula (now made Fire Lord when Ozai named himself Phoenix King). the Order of the White Lotus liberating Ba Sing Se, Toph, Suki and Sokka against the Ozai’s fleet and Aang against Ozai. Each of these battles is compelling enough on it’s own and the direction is has them flow together seamlessly. We have consequences from the battle too. Sokka is injured as they take the Fire Nation airships and Zuko is nearly killed by Azula when he saves Katara from Azula’s lightning strike. This is the accumulation of 3 seasons and the end of 4 episodes and the payoff is truly one of the best parts about the show. When we come down from this we have Zuko’s coronation as the new Fire Lord and his call for peace and Iroh’s Tea House where Team Avatar celebrates the end of the war. 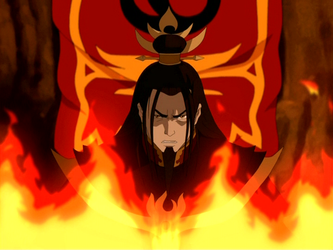 Setting Up Fire Lord Ozai – Fire Lord Ozai is the mastermind between the events of the last few books post. His presentation in the final fight is fantastic. His power and cruelty are fully on display but…we never see him raise the stakes prior to this. All past victories could be attributed to Azula or his troops. Like Palpatine in the original Trilogy of “Star Wars” he doesn’t show up until the end, and it hurts the overall threat of him. This is a shame as Hamill does a great job voicing him but even he gets quickly knocked back when Zuko leaves the Fire Nation to join Team Avatar. We needed more setup to really see that this is a man who can take on the Avatar. We don’t get that, as good as the final battle is. Ozai needed victories he could call in before this as it was Sozen who exterminated the Air Nomads not Ozai.

Deus Ex Dragon Turtle – I get Aang’s moral dilemma of refusing to kill, but we needed setup of Energy Bending prior in the series. Like Ozai the concept of Dragon Turtles and ancient beings with a connection to the Avatar could have saved this out that is given to Aang. The Dragon Turtle even drops him off at the final battle making his role as Deus Ex Machina complete. The Dragon Turtle is a cool concept and has a beautiful design, we just needed to know more of what it could do and it’s existence earlier.

There is so much to explore about this show and I only touched on it. I’ll do a full series overview at some point. This is the kind of show where you’ll notice something new in each rewatch. The characters have amazing arcs, the overarching plot is one of the best and the world is so rich that you could deeply explore any single point of the world. I look forward to returning to this world again and writing the full series overview.

Final Score: 9.6 / 10 A near perfect season that only had a few things holding it back.