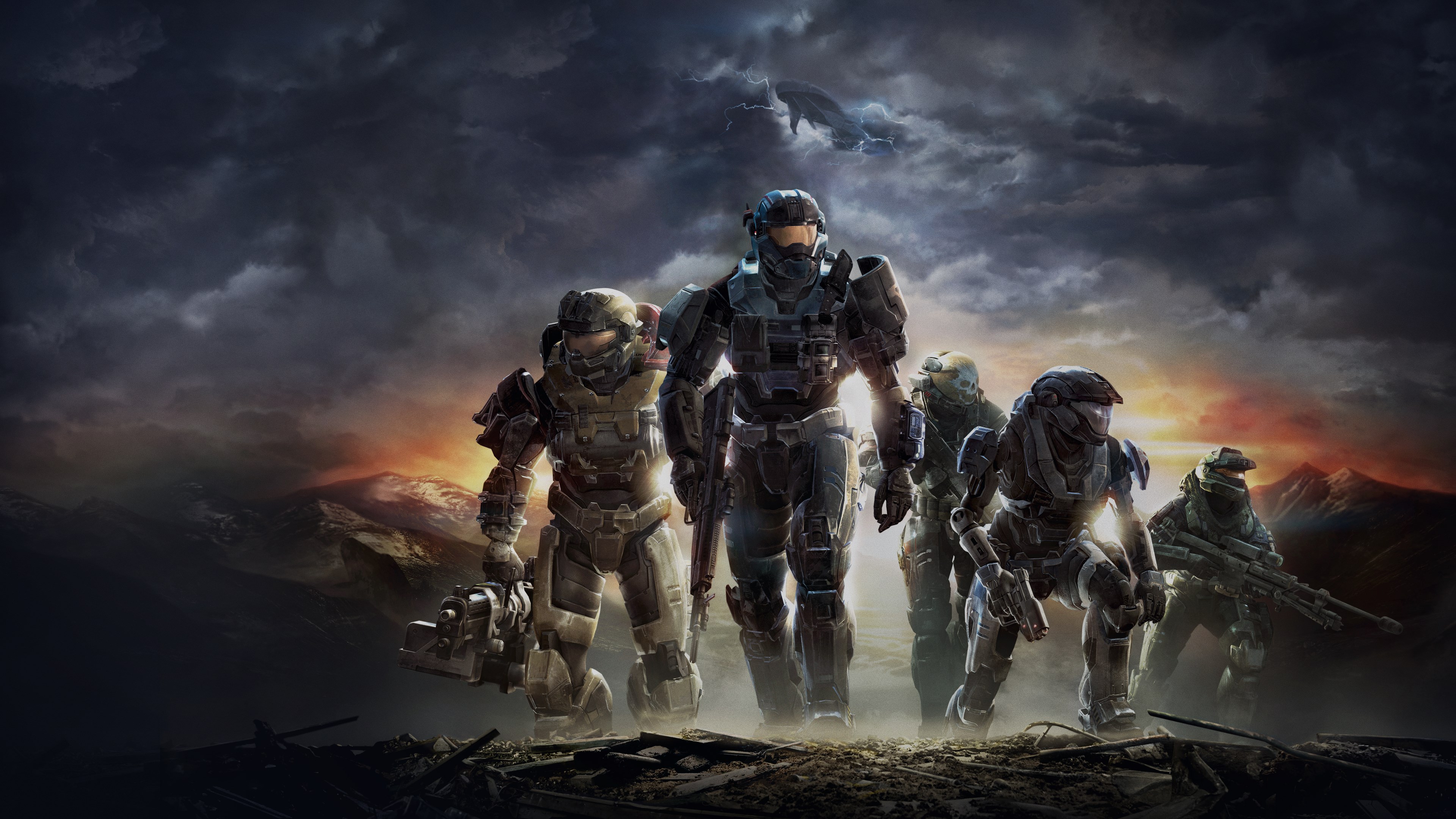 “Halo: Reach” is easily the best “Halo” game of the Franchise. This is a story with stakes and consequences and some phenomenal character development. This was the first time the UNSC characters are truly compelling and humanity is complex and nuanced. This is something the core games of the Franchise don’t really give us. They give us human archetypes but not nuance and complexity (at least in Halo 1-3 (haven’t played ODST or 5). This is also a game with a ton of mission variety and does the rising stakes really well, nearly as well as the original game.

The game was developed by Bungie and produced by Microsoft Studios.

The story follows a group of 5 Spartans called Noble Team when Noble Six joins their team as they investigate what the Covenant is doing on the planet of Reach.

The Soundtrack – This game continues the quality soundtrack from past games and does a wonderful job playing on the heart strings when we experience character deaths or moments of heroism. Martin O’Donnell and Michael Salvatori continue their amazing work.

The Gameplay – The gameplay is the height of “Halo” as we get the greatest variety of missions and the levels get progressively harder. You get the great ground vehicle combat of the later Halo games (2 and 3 specifically) some amazing space combat that I haven’t seen in any other Halo game and the greatest variety covenant foes as you face both Elites and Brutes along with the standard variety of Grunts, Jackals, Drones and Hunters. I had so much fun beating this game and playing the missions again with a friend.

Dr. Halsey – Dr. Halsey created the Spartan program and because of this it is hard to call her good. The Spartans we meet were child soldiers and not all of them survived when they were turned into Super Soldiers. To them she admits care and keeps distance between and feels angry when they question her judgment and calls. She is a wonderfully complex character and I wish the Franchise as a whole could have given us more nuanced humans like her. She also created Cortana and it is up to your team to get Cortana to The Pillar of Autumn.

Noble Team – I love Noble Team. Noble Six (the player character) is the heroic rookie who always has his teammates back and is inspired by their actions. You have the reserved leader Carter who is easily the most balanced of them. He sacrifices his life to stop a giant Covenant Scarab Tank from killing you and Emile. You have Jun the thoughtful sniper and one survivor the the Fall of Reach. You have Kat who is Carter’s second-in-command the one willing to take risks to learn truth or complete the mission who is sadly killed by a sniper when evacuating civilians. There is Emile who is the hardened soldier who warms to you over time (wears a skull painting over his helmet) and dies from an Elite’s sword and there is Jorge. Jorge is the only Spartan-II on the Team and risks his life to defeat the Covenant cruiser above Reach. He is the first to inspire Noble Six and his death is felt by the team as each of them probably knows that his end will most likely be their end as well. This element of tragedy and getting to know your team is what I wish “Rogue One” could have been. This is the suicide mission done right.

The Ending and Fall of Reach – This game is the story of how Reach fell to the Covenant and even you as a Spartan Super Soldier is unable to change that. What the game does well though is that you rescue tons of civilians and in the end deliver Cortana to The Pillar of Autumn which saves humanity in the long run. This is all expressed in the Epilogue which has power behind it as you see nearly every member of Noble Team die except for Jun who survives. This is one of the few games where you lose and in turn it does a fantastic job of giving the player the cost of war.

The Cost of War – This game shows us the cost of war both in the lost of civilians and soldiers and how no matter how heroic a person is, sometimes you die in battle. This is told through the loss of the majority of Noble Team and the events they witness as they attempt to save as many lives as possible.

This is the best of the “Halo” Franchise and I hope if they continue to make “Halo” games that they will learn from this one. It is possible to tell a complete and contained story that has stakes without the need for it to be apocalyptic and world ending. This game is the story on a personal level and is elevated all the more because of it. I wish humans had been written this well in the other games as this game truly shows the potential and amazingness of the Halo Universe.

One thought on “Halo: Reach – A Fantastic Exploration of the Cost of War”