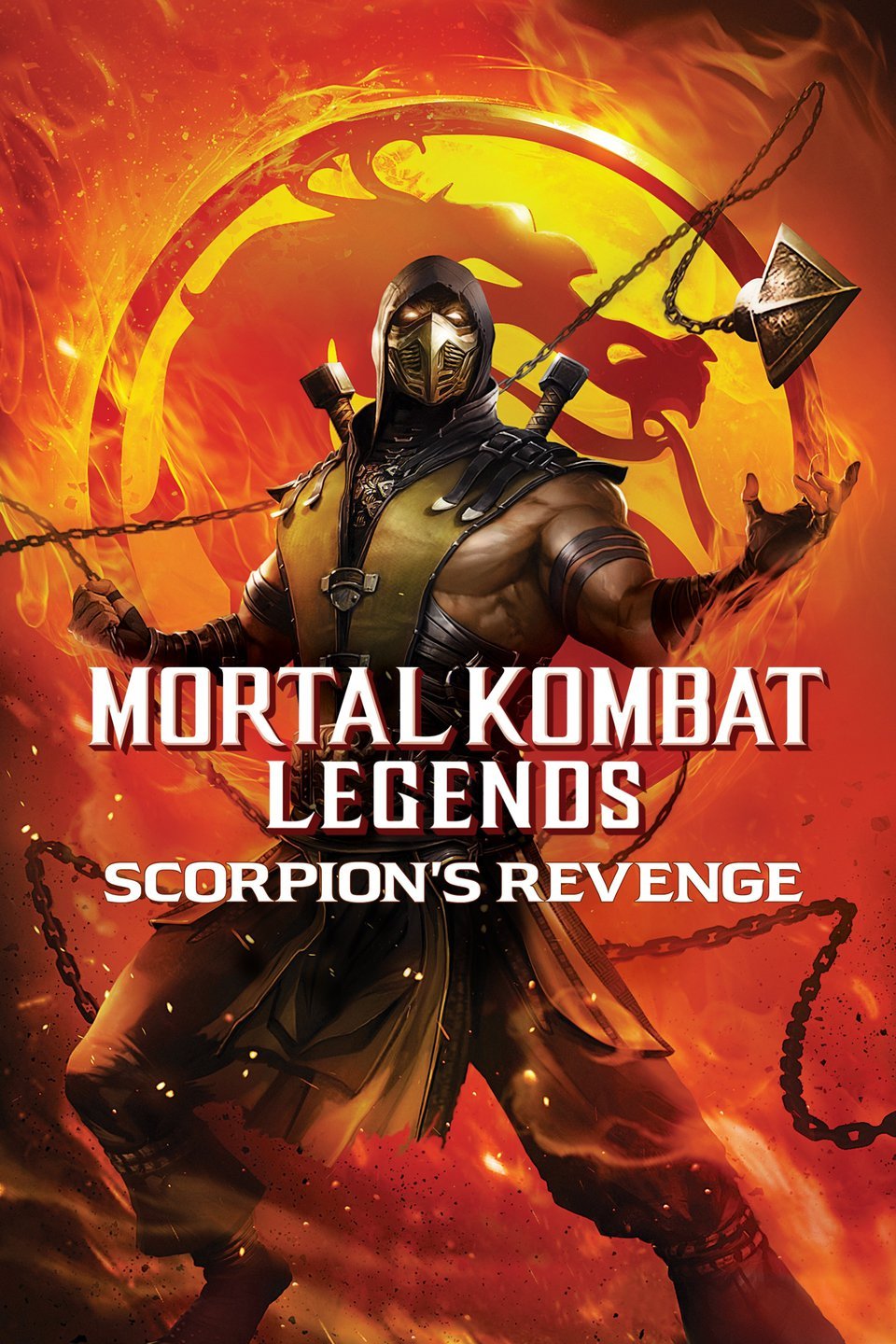 “Mortal Combat Legends: Scorpion’s Revenge” is a film that fails to elevate itself beyond the base premise of adapting itself form the game it is adapted from. “Mortal Combat” is a series that I’ve played a few of the games within and I always found the mythology and characters entertaining as well as how unique the game was at the time for the brutality of the combat. These aspects made it unique among the games of it’s era and even today it still holds that uniqueness of gameplay and presentation. This film does capture that aspect but it fails to elevate the story beyond the base revenge story premise, which is a shame as this film has a fantastic voice cast.

The film was directed by Ethan Spaulding and written by Jeremy Adams.

The story follows Scorpion (Patrick Seitz) as he seeks revenge against Sub-Zero (Steve Blum) for the death of his family in the tournament when the veil between worlds is thinnest. Celebrity Johnny Cage (Joe McHale), soldier Sonya Blade (Jennifer Carpenter) and apprentice Liu Kang (Jordan Rodrigues) are also seeking justice in the tournament as they are lead by the mysterious Raiden (Dave B. Mitchell).

The Animation – The animation flows and capture the brutality of the video game really well. I can see why this film was rated R for violence, which is fitting for “Mortal Combat” since that is probably what the series is most known for.

The Mortal Combat Action – As stated above in the animation this is a brutal film. You see chopped limbs and some pretty hardcore finishing moves. If it had gone tame I’d probably have rated the film lower given that what “Mortal Combat” has always been from the beginning is a brutal fighting game.

The Idea of the Characters – Like the videogame you have different character tropes. Johnny Cage is the arrogant celebrity who needs to grow up. Scorpion is the avenging wronged Ninja and Sonya Blade is the wronged soldier seeking revenge and to save her mentor. Liu Kang is the apprentice who becomes the master and you have the Obi-Wan mentor in Raiden and the literal devil in Quan Chi. All of these are great ideas.

Hanzo Hasashi / Scorpion – Scorpion is the only character with an arc who felt like more than an idea. I think what helps is we see him with his son before he loses his entire village and family as well as his ascendance in hell and deal with Quan Chi before Quan Chi admits he pretended to be Sub-Zero to use Scorpion. In the end Quan Chi is defeated and Scorpion stays on the island to die. Given that it looks like they are setting up a sequel, I bet he’ll be back. He was easily the only real compelling character.

The Rules of the Island – The villains don’t follow the rules of the island bring in a bunch of mercenaries that are absolutely pointless and wasted. The breaking of the rules establishes the main villain Shang Tsung is evil, but that was established when he put his champion on Sonya Blade’s commander Jackson “Jax” Briggs. We didn’t need to see him be more of a backstabber. This in turn plays into the villains who are the weakest part of the film.

The Villains – The villains in this film suck. They fail to be threatening or even have any interesting drive. Shang Tsung wants his master Shao Khan to conquer Earth which happens if he wins the tournament in the film. Goro is just his stupid muscle who has a cool design. Kano is also a stupid mercenary who is the primary antagonist of Sonya and Jackson. He is useless and why he has issue with them in the first place is never addressed in the film. If any of these villains had been given a bit more development I’d at least consider them okay but sadly that is not the case.

This film is okay. I wouldn’t say it is terrible as it captures the essence of the videogames really well and even the core aspects of the characters. Because of the animation and character ideas there was the potential for a genuinely good film to be made. I still enjoyed the film for what it is and am curious if it will get the sequel the ending is so clearly setting up. I want more 2D animation to be made and this film gives an enjoyable version of this.