“Halo 3” brings a finality to the Trilogy of the war against the Covenant and Flood and explores Master Chief and Cortana’s relationship further as we are given a game that has the apocalyptic proportions of the first game and plays tribute to the first game in a lot of the missions you play. This is one of my favorite games as it is a story with stakes and the variety of gameplay and combat is the best it has ever been in this Franchise outside of “Reach.” I still prefer the first game in some ways simply due to the difficulty and Master Chief not being the immortal superhero he is in later games but this is very much a favorite game that I highly recommend.

The game was developed by Bungie and published by Microsoft Studios in 2007.

The story picks up where “Halo 2” left off as The Prophet of Truth has landed on Earth and initiated his plans and Master Chief must work with the Arbiter to investigate and stop his plans upon the planet. All the while he is haunted by visions of Cortana.

The Soundtrack – The soundtrack is the best it has ever been. Martin O’Donnell and Michael Salvatori continue to capture the epic nature of this space Opera as Master Chief, The UNSC, the Arbiter and the Elites and Cortana race to save the Universe from the Flood, the Covenant and Guilty Spark.

The Gameplay – The gameplay is the smoothest it has ever been. The vehicles drive better than they ever have. Enemies are challenging and smart and mission variety is fantastic. My favorite missions were dealing with

The Universe – The Haloverse is an amazing sci. fi. universe and all the elements of what I love about it are on display. We have the Covenant Civil War, the Forerunner mythology with the Ark and the Halos, Gravemind and heroes from past games. This is a game that finishes a lot of these stories and completes it a beautiful way.

The Stakes – The stakes are high from the get-go and rise from there. You have Truth and Covenant forces in Africa digging in and actively attacking UNSC forces. This soon rises when Truth and his forces escape into a mysterious portal and the Flood arrives on the scene. From here we arrive on the Ark where a Halo is created and we have the challenge of using it while not bringing about the end of all life as Guilty Spark once again tries to end all life like Truth was doing as all along Gravemind consumes and seeks to survive. The Flood are a flood and once they arrive on the scene they never stop growing and being around as a threat.

The Arbiter and the Elites/Sangheili – The Arbiter is back and works with UNSC and Master Chief until the Elite’s Shipmaster arrives with a fleet to help against the Covenant and the Flood. Both are fantastic characters and give us the tension between humanity and the Elites. We also see that the fleet that came to help doesn’t even know if their homeworld is safe as stopping the Covenant and Flood have been their only priority. This leads them going home with the Arbiter as the implied leader leading the Sangheili into a new destiny no longer controlled by the Covenant.

Gravemind and the Flood – Gravemind isn’t the final boss but he is up there as it races against time to stop Truth from activating the Rings on the Ark and even makes a temporary alliance with the Arbiter and Master Chief once more to make sure that happens. For much of the game it is seeking to consume and control Cortana but fails as Master Chief gets to her in time. From here we see it defeated at High Charity and make a final stand against them on the new Halo Ring as it seeks to stop the Ring from activating and destroying it. It fails but never stops being a terror throughout the game. The new Flood forms are also more of a challenge too as there are some that can only be hurt in certain areas and the quantity and variety has grown since the first 2 games.

The Prophet of Truth – After betraying the Prophet of Mercy last game Truth is flying high this game. He is successful in most of what he sets out to do (even activating the Ark for “The Great Plan”) and kills Lieutenant Commander Amanda Keyes. He never stops believing in his faith and the challenges he sets against you are some of the funnest missions in the game. When the Arbiter got revenge against him it was really rewarding. Truth was a magnificent bastard and a great villain.

The Ark – The Ark is a forerunner installation that made the rings and could activate them. It has a really cool design like a twisted star and exploring it was a lot of fun. The mystery surrounding it is fascinating too as Guilty Spark even admits that it’s creators hid the existence of the Ark from it.

The Cost – The cost is real in this game. The Elites destroy half of Africa when to stop the Flood infection. Most of the UNSC fleet is destroyed by the Covenant in the initial battle and in the end Lieutenant Commander Amanda Keyes and Sargent Major Avery Johnson are both killed over the course of saving the world. Keyes is killed by Truth and the Covenant while Johnson is killed by Guilty Spark. I felt those deaths as we really got to know those 2 characters over the past games. In the end their sacrifices help save the Universe. There are also all those consumed by the Flood who perished and Cortana and Master Chief are Missing In Action in an unknown part of the Universe.

Cortana and Master Chief Moments – Master Chief and Cortana have a real strange relationship from 2 and through 3, at least as it is presented in game. It is almost romantic but Cortana says things to him that sound like things his kidnapper and maker Dr. Halsey would have said to him. Dr. Halsey is part of her program (Thank you “Reach” for telling us that) so in a way they have both been scarred and wronged by her and both follow the programming she put upon them but that element isn’t really delved into. Master Chief is effectivly a super hero who can’t get hurt and Cortana is the one you are saving and after the one with you and the Arbiter who is saving the Universe. The Dr. Halsey but romantic elements are my biggest issue with the writing, which stands out even more as Cortana is the narrator who starts the game and Master Chief’s last words when they are trapped alone at the end of the game is to wake him up if she needs him. The weird romantic chemistry doesn’t go away. I wish them being survivors of Dr. Halsey and trauma had been explored more as that I think connects them more than anything else, but we don’t know that about Master Chief in-game so all we’re left with are the strange romantic elements. The other issue is how Master Chief continues to be untouchable and unkillable as the game starts out with him falling from the sky and waking up fine. This was an issue in 2 that 3 continues and really the whole romantic element between Chief and Cortana started in 2 so that is where my problems with 3 really come from.

Rating “Halo 3” versus the original is tough as 3 takes a lot of the best parts of 1 and builds on them. We have a variety of missions and gameplay. The lore is delved into where there wasn’t much lore in the first game. Really the biggest issue with 3 is how Master Chief is a super hero so it is hard for me to feel he is ever at risk. This game has the narrative flow of the first game and all of the missions are really fun and challenging. For me the only reason I would not rate it above 1, even though the graphics and gameplay are improved is the fact that 1 did it first and the problems from “Halo 2” in regards to Master Chief and Cortana do carry over where they didn’t exist in 1. This is still a fitting end for the series and the Master Chief and Cortana story as it ends how it begins. A Spartan in stasis to be awoken once more when the universe needs saving. 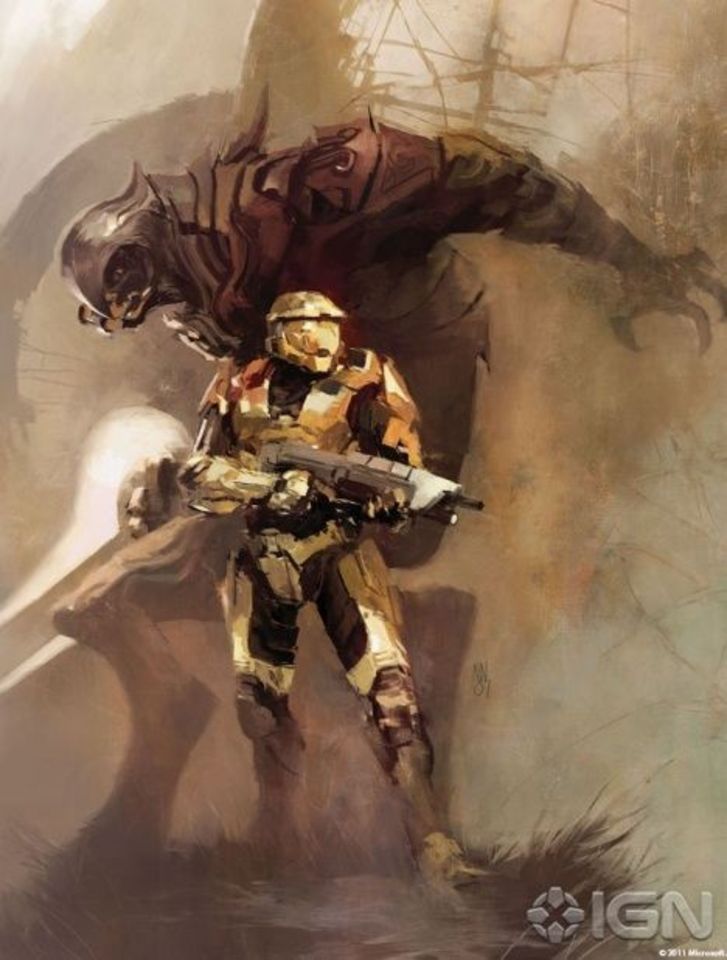 One thought on “Halo 3: A Great Ending to an Amazing Trilogy that Builds on the Prior Games”