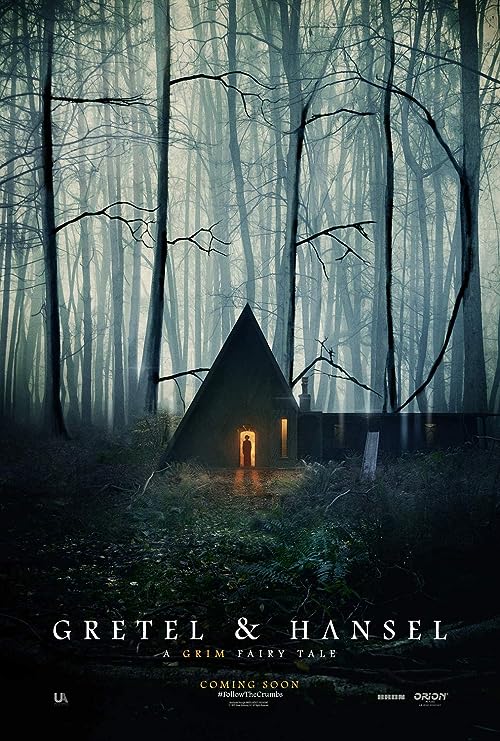 “Gretel & Hansel” is fantastic. As a horror fan, the horror films I tend to enjoy are ones that aren’t dependent on jump scares and aim more ambiance and the feeling of a constant fear. In stories like this it leaves more time to explore characters versus the monster and slasher films were often characters simply exist to die. This is a story that has been retold so many times. I still remember the B-Movie “Hansel & Gretel: Witch Hunters” and I had a collection of Grimm’s fairy tales as a kid. This story has a few intriguing twists that enrich the story and it is easily the most beautifully directed film I’ve seen this year.

The film was directed by Oz Perkins and written by Rob Hayes.

The film takes place in unspecified time period during a famine as Hansel & Gretel must seek shelter after food after they are cast from their home.

The Tone – The tone of this world is absolutely fantastic. There is the terror and dread as the story begins with the story of a child being exiled to the wood’s to die because the village exiles her after her father had originally saved her as a baby when he took her to an enchantress. This curse and “Othering” that our heroes feel is really well done especially as it is felt by the women in the toxic patriarchal society they are a part of.

The World – We have a world that could be our future or our far past. This is part of the beauty of the story as it is presented as timeless with the only alien thing being the use of magic in the world, which is handled subtlety as it is truly the characters and their relationships that drive the story. This is a desperate world and you can see how it shaped the characters into the people they became.

The Cinematography – Galo Olivares has an eye for creating a beautiful scene. How colors and shadow are used in this film give the story an almost dream or nightmare like quality. The use of symmetry in scenes also helps capture that dark fairy tale-like nature of the story. It is easily the most beautiful and cinematic films I have seen this year.

Holda / The Witch – The biggest mystery of the story that really drives the narrative is that of Holda, the Witch. She is the one who takes in the children and there is the hint that she may have been the child abandoned in the woods. Over the course of the story we learn that she was the child’s mother and that she killed her other children after her daughter had killed her husband. This lead to her tricking to her home and transmutating them into feasts squash, bread, etc. as she gained power and held their souls trapped. It is only thanks to Gretel standing up to her and stopping her that the souls of the dead are finally free. Alice Krige does an amazing job as this Darth Sidious like character seeking to corrupt Gretel and make her a sociopath as both of them were oppressed and abused by the culture around them.

Gretel – Sophia Lillis does an awesome as Gretel. Like in the story she is forced to raise her younger her brother when her mother kicks her out after she refuses to sleep with the man she is a house cleaner for. After they meet a hunter in the woods who saves them from a cannibal but with him she realizes her only option is to marry that is all. That is until she meets Holda who helps her discover her magic. For sometime she trusts Holda until she sees how her brother is becoming drained and how little Holda cares for him. She also begins to see spirits and when she investigates further she sees the spirits of theses dead children are victims of Holda in her gaining of power. After this frees the souls and sets her brother on his way to the village the hunter had mentioned as she decides to become an Enchantress but one that values life and that she will make her own path in the world.

What Happened to the Original Witch? – We never learned what happened to the original witch, Holda’s daughter. We can assume she taught her mother the magic but she never comes up again after her mother kills her siblings and becomes a witch herself. This is really strange given the competitive nature of power in the film as the Witch’s are like Sith Lords always seeking more and caring nothing for those around them with the exception of Gretel and possibly the original Enchantress.

If you are fan or horror films chances are you will enjoy this one. This is a great example of how the simple, if it is really expanded upon can lead to a great story. The timeless nature of fairy tales is also captured in this film too, showing just how many ways there can be to adapt a tale and give one’s own spin to the story. Gretel’s story is absolutely fantastic and Alice Krige as the Witch is a fascinating antagonist. She is a truly amazing actress. Suffice to say this is a film I highly recommend and definitely one of my favorite to come out this year.