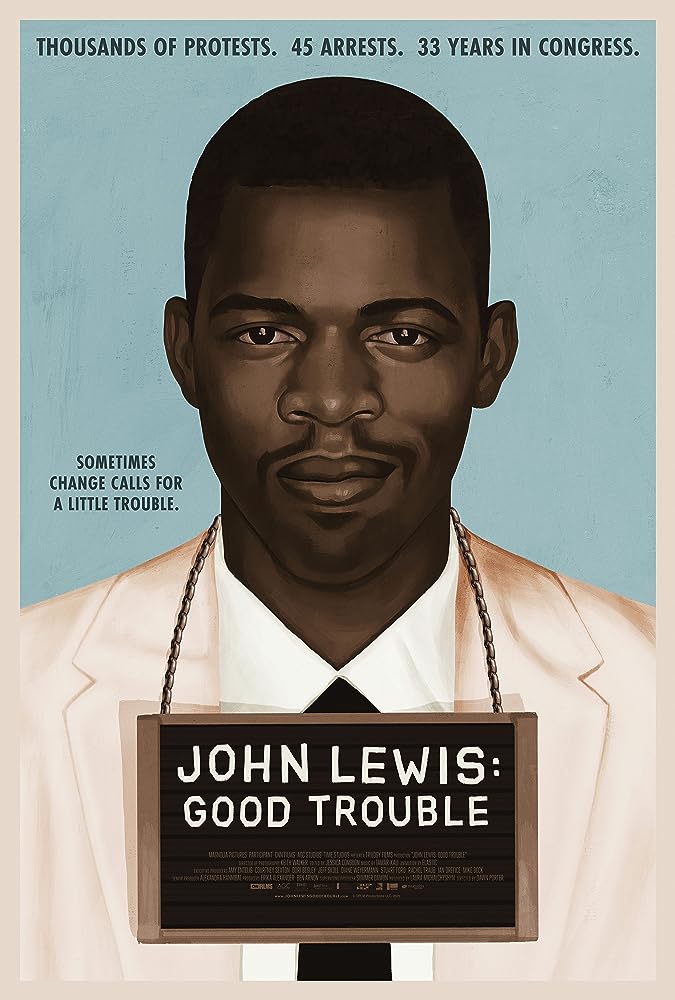 Representative John Lewis is a man whose legacy and life would be hard to fully explore in an hour and a half. This really is the biggest problem with this really good exploration of the major events of his life and the work he was doing leading up to his death. John Lewis was a man always fighting for social justice and against systemic oppression even to the end of his life. He was a consistent voice against the corruption of the current administration in power and the targeting of African-American, immigrants and LGBTQA+ and this documentary captures many of those moments. Without going into the details that I cover later in the review this is a documentary well worth checking out and one I’d highly recommend.

The film was directed and produced by Dawn Porter.

The documentary follows the life of Representative John Lewis from his modern day work in D.C. leading up to his death and his childhood and past and how got involved in the fight for Civil Rights and justice for all.

The History – This is a documentary rich with history both past and present. It shows John Lewis’s early activism in college and marching with Dr. Martin Luther King jr. as well as his early political life that would become his way of fighting for change. He made the right to vote one of his major focuses and this documentary captures that really well. You also see his political career through the ages with the documentary ending in 2019. The breadth of history is handled well as well as the atrocities of white supremacism and systemic racism that Lewis, MLK and so many other African-Americans faced.

Competing Against a Friend / The Lewis and Bond Election – The one part of the documentary that goes into the flaws of Lewis are when he was competing against his friend Julian Bond to become a Representative in congress. He uses an underhanded tactic to do so and one that was often used against African-Americans and other groups kept from power by saying that Bond should take a drug test in order to qualify. In the end Lewis one by winning most of the white vote where as Bond had won most of the African-American vote. They were later interviewed together on television but the documentary doesn’t go into whether the friendship was ever recovered or saved.

Fighting Voter Suppression and Oppression – One of the main areas where Lewis fought for equality, equity and representation was in fighting voter suppression and oppression. He fought it against Jim Crow Laws and kept up the fight during his entire time in congress. This was illustrated in the recent past with his work with Stacey Abrams and the governor race in Georgia and his continuous to fight to be sure the Voting Rights Act would always be renewed.

More on His Childhood – We learn that John Lewis grew up on a farm and had siblings but I wish we could have learned more about them and his parents as they were clearly an inspiration in helping become the man he was.

More on His Relationship With his Wife – His wife is mentioned once as a major part of his life and his supporting partner. I wish we could have got more of her stories and beliefs. We don’t really get any of them and like the story of his childhood I wanted more stories given how important they were to John Lewis. The moments that were in the film were powerful though.

Representative John Lewis was a man filled with hope and that is something this film illustrates on multiple occassions. There were many times that he could have given into despair especially with the realities of systemic racism and white supremacy in the modern day murders that have been experienced. The hope was something that shown through all the past and current oppressions and I hope that hope and his fight can be carried on by all of us, so that the systems can be transformed and changed. R.I.P. John Lewis. Thank you for the amazing life and fight you lived.

Final Score for the Film: 8.8 / 10 So much time is spent in D.C. where I wanted to learn and see more the daily life lived of this amazing man, especially in regards to his family and childhood and his wife. They were touched on but deserved a lot more exploration.

The creators of this documentary have a section on their page for getting out the vote. I am going to boost that page here given how important it is and the historic nature of how suppression of the vote has always been used to suppress representation here in the United States.