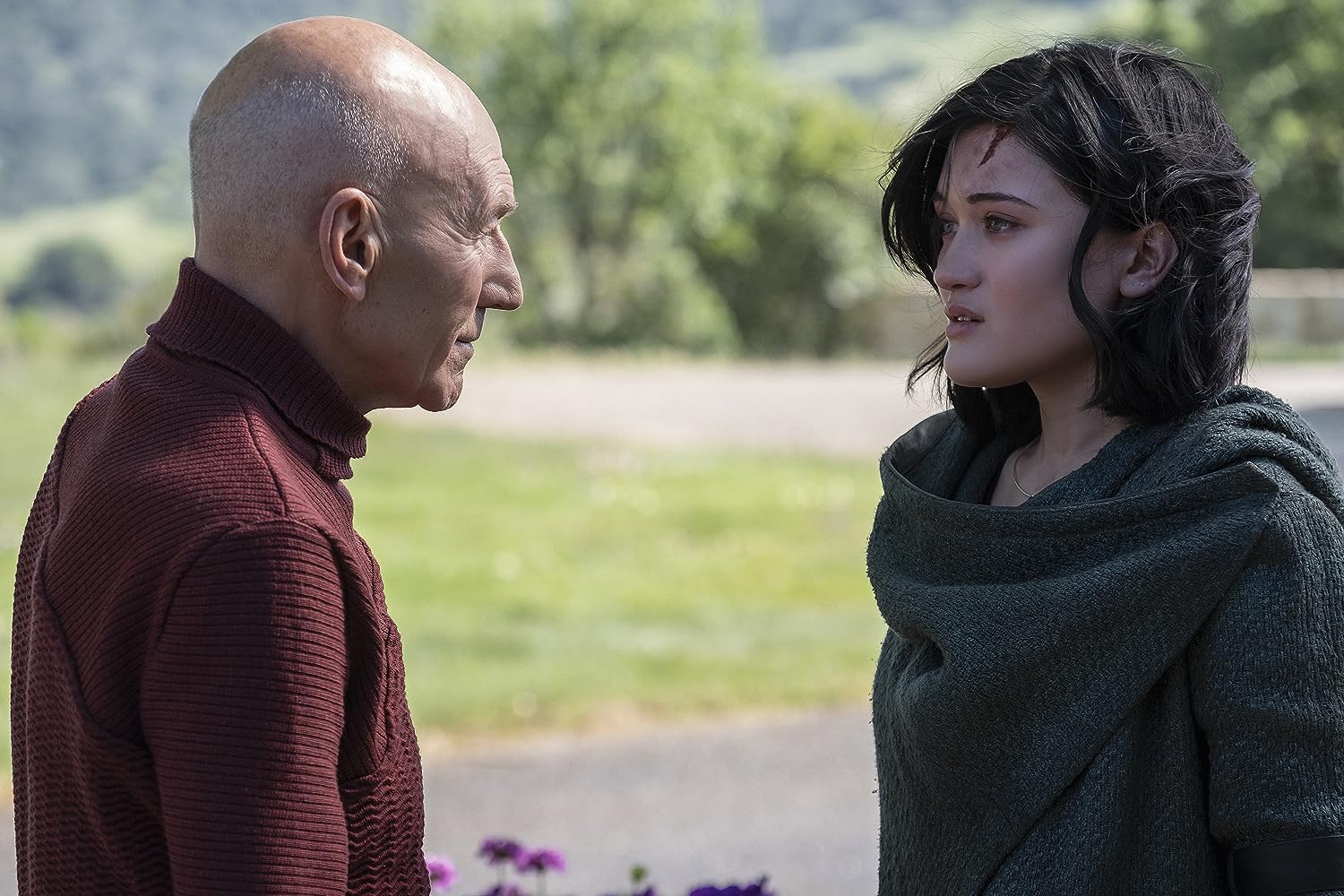 “Remembrance” is a promising start to “Star Trek: Picard.” This is an episode that gives us the major themes, introduces the characters and factions and is a wonderful character analysis of Jean-Luc Picard and who he is. Suffice to say, this is a show I’d highly recommend thus far. As part of what I’ll be doing with the episodic reviews is reviewing past “Star Trek” episodes that the “Picard” episode reminds me of. It has been wonderful going back and watching the shows I grew up with. I can’t wait to see how the things set up in this episode payoff overall. This is definitely a show that is going for the long arc where every episode is a part versus the “Star Trek” of the past that had many stand alone episodes or two-parters. We really didn’t see season long arcs until “Star Trek: Deep Space Nine” and until more recently, in “Discovery.” So I’ll be taking that into account in my scores for the episodes of this show.

The story follows Jean-Luc Picard (Patrick Stewart) who went into retirement after Synthetics attacked Mars and the Federation pulled away from helping the Romulans evacuate from the Supernova that would be destroying their home system. Picard has been reclusive during this time, only appearing publicly for an interview. His retirement changes though when the mysterious Dahj (Isa Briones) comes to him for help.

A Sense of Time – This episode is great at capturing how much time has passed. Part of this is due to it beginning with an epilogue and dream sequence where Picard and Data are on the Enterprise-D playing cards, that ends with the destruction of Mars. Picard is old and he is dealing with that.

Standing Against Fear for Life – The first big event for Picard in the present is his interview. It was originally supposed to be a chance for him to talk about the fallout of the Romulan Supernova. The interiewer doesn’t stand for it though and talks about how the Romulans are the Federations oldest enemy and that the Federation had to look inward after the Synthetics attacked Mars. She uses that incident to question his loyalty to Data. Picard stands up for his friend and for the Romulans, creating waves and showing the person he has always been. It was very much “The Measure of a Man” where he defends Data’s right to life and I loved it. Romulans are just as worthy of life as any human. It was beautifully expressed and was true to one of the core ethical values in “Star Trek.”

The Romulans – In this episode we learn how many of the Romulans became refugees after the Supernova destroyed their homeworld and the system it inhabited. 2 of them (Laris and Zhaban) live with Picard and we see their respect and admiration for him. I hear their backstory is explored in the comic so I might pick it out. They are two of my favorite characters on the show and I can’t wait to see more of them. We also have an enemy faction who destroys Dahj and arrives on a dead Borg Cube called the artifact, hunting her sister Soji. Romulans are my favorite species in “Star Trek” and I can’t wait to see more of them.

Jean-Luc Picard – Picard is a man full of regrets living in retirement who is once again given a reason to live. It is a powerful premise and the first episode handles this really well. We see his regrets in Starfleet refusing to help the Romulan Refugees and that he is still the moral man of old. It is in Dahj we see him care for others too, as her reminding him of Data and being connected to Data gives him purpose and reason to fight on. This is handled beautifully and Patrick Stewart truly owns this role. It is nice he isn’t action hero Picard either (from the films) as that was never realistic and how he feels once more like the ethical intellect and diplomat that made “The Next Generation” so good. I can’t wait to see where the story takes him next and to learn more about what happened to leave him the broken man we meet at the beginning of the show.

At Times Action Over Details – At one point Romulans in black attack Dahj. This happens twice. The first time they kill her boyfriend and she discovers she has abilities. The second time they take her out even though she is right in Starfleet Academy. All that is covered up as is her existence is covered up as well as the attack. It is simply called an explosion on a building. This is a great example of action over detail as we never learn the details of what the story was. What caused the explosion? What was the story on the news given Picard’s recent interview? All of that is left up to the imagination to push the story forward and that is the greatest weakness of the story so far.

This was a strong start to the series and I can’t wait to see where it goes. It is slower than “Discovery” even though the action sequences in this are longer than I would have liked. Give me more time with Picard, Laris and Zhaban. I love his relationship with those Romulans who work for him and are his only friends we really see. It is in the moments of history and Picard facing himself where the episode soars and if the showrunners can keep up this theme and storytelling than this series can be great.