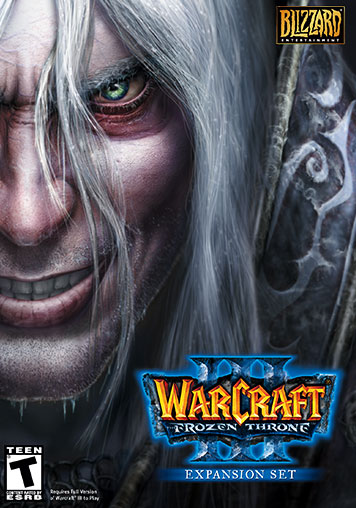 “Warcraft III: The Frozen Throne” is a game that still holds up to this day. I came back to play it after beating it back in High School and found the challenge level one that grew me as a player. I also found myself drawn into the nuance in the story that the initial game lacked. When I think Blizzard for me at it’s greatest it is this. This was around the time I beat the first “Diablo” and got all the way to Baal in “Diablo 2” before returning the borrowed game to my friend. This was a game I had bought with my money. It was worth all the replay value and my eventual enjoyment of “Heroes of the Storm,” which I believe rose out of the hero dependent missions and maps you play in the “Bonus Campaign,” “The Founding of Durotar.” This game was a return to what I love about Blizzard gameplay and story at it’s best.

The game was released in July 1st 2003 by Blizzard and was written by Chris Metzen and directed by Frank Pearce Jr.

The story picks up at the end of “Wacraft III: Reign of Chaos” with Illidan Stormrage summoning the Naga to unknown purposes as his Warden Maiev Shadowsong hunts him to discover his purposes and imprison him once more.

SPOILERS in the story ahead

The Cinematics – The cinematics in this game are so beautiful. The fact that we see compelling characters like Illidan and Arthas being the soul focus versus one none evils like Archimonde or Mannoroth shows how this was an upgrade. In both cases are characters are making a choice and in playing the game or in living the game up to the point we have, we see the implication of that choice. The level of detail draws you in and when you see certain reveals whether it is the Naga or Arthas being one with the Lich King when he puts on the helm is powerful. These are cinematics that mean something and are presented beautifully.

The Gameplay – The gameplay is more challenging than “A Reign of Chaos” as each unit was granted something that they lacked. The Scourge lacked tanks and they got the Crypt Lord, the Horde lacked healing and they got the Shadow Hunter. “The Frozen Throne” balanced “Reign of Chaos” in so many ways that it can only be accounted for if you are challenging where you are currently. I’m curious if “Warcraft Reforged” will take this challenge further. I hope it will. The challenge of the campaign improved me as a player and made the victories all the more sweet.

The World – “Warcraft” has a rich universe and this one introduces “The Forsaken,” “The Naga,” “The Blood Elves,” and “The Illdari.” All these factions get explored further in “World of Warcraft” but the seed is planted here and given justice. “Reign of Chaos” enriched the universe but didn’t break any tropes. With Sylvanas, Kael, Vashj and Illidan this game did, which is what I’d argue where Blizzard really thrives in storytelling. Each of the characters I mentioned is a different shade of grey, driven by more than simply power.

The Characters – I was in this game for the characters and it was the reason I beat the campaign. Even though I’d beaten the game back in High School, I wanted to see where the story would go. Coming back years later I wasn’t disappointed. Each new growth of character is earned in gameplay and you feel the pressure the character feels. This is a game I will play again in full, whereas “Reign of Chaos” I will play some missions again but not the full game. That is all due to characters which “The Frozen Throne” does better in gameplay and writing.

DOTA and Custom Games – It was out of “The Frozen Throne” that we got one of my favorite games “Heroes of the Storm” that I am still playing. As well as all the pre-cursors like “Defense of the Ancients” which started the whole tower defense gameplay which eventually became it’s own game and also “League of Legends.” This game has had a larger effect on games than many realize. This was the precursor to hero gameplay with  running units (that was the finale of the “Found of Durotar” campaign). For that I will be grateful for as it gave me casual fun gameplay with “Heroes of the Storm” that I play to this day.

Rating the Campaigns – I’m rating each campaign on their own merits. This is a campaign that starts out good and becomes great. Unlike “Brood War” there is so much growth you are a part of and play a part in making possible (Illidan, Kael, Sylvanas, Arthas) that it can’t be ignored. The reason you win is because of your RTS strategy and how well you play your heroes. That for me makes a great game. 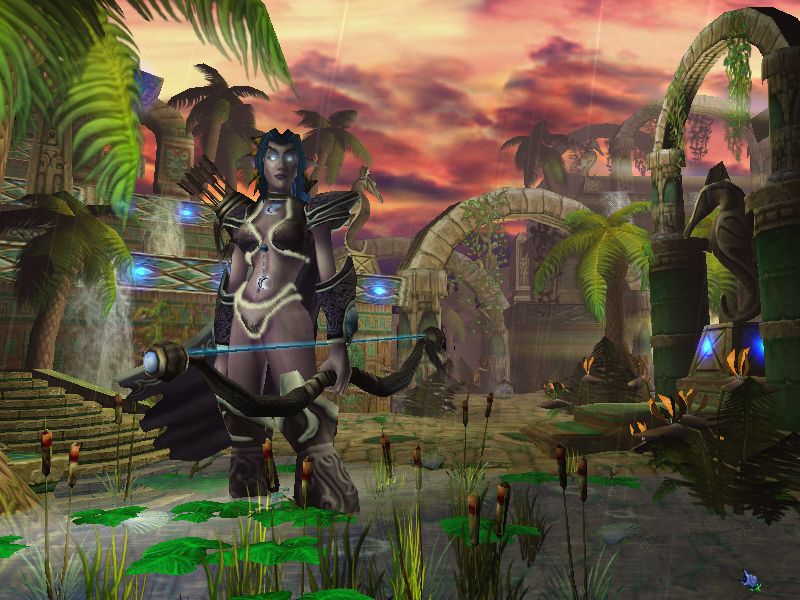 Sentinels Campaign: Terror of the Tides – The Night Elf Campaign is the weakest of the 4 campaigns though I’d say it is still challenging and reveals new lore. The new lore is the revelation of the Naga who are allied with Illidan after being turned into Serpent form after their fount of power was destroyed. From Maiev Shadowsong’s perspective (Illidan’s Warden) we see how driven she is to write the wrongs of his escape. She is obsessed and takes a Javier from “Les Miserables” role. Later when she sends for help after witnessing Illidan take the “Eye of Sargeras” and losing a close friend it becomes more fully about the Night Elves. The destruction he does on Night Elf towns with the Satyr (Cursed Demon Night Elves and Naga) we see the reason why. From here we see Tyrande and Malfurion coming to aide, which after rescuing her leads to them allying with the Blood Elves (High Elves have embraced Demonic Energy to feed after the death of the Sunwell). Here we see that Maiev is obsessed as after Illidan’s use of “The Eye” is stopped and her lie of saying Tyrande was torn to shreds was not true. The final mission is Malfurion and Illidan teamed up to save Tyrande, in which after Illidan leaves and promises not to return. We get some level of peace between the brothers though as Maiev’s forces chase after Illidan into the portal he created. Maiev was the weakest part of the story but it is still solidly good. Sets up the rest of the campaign beautifully. 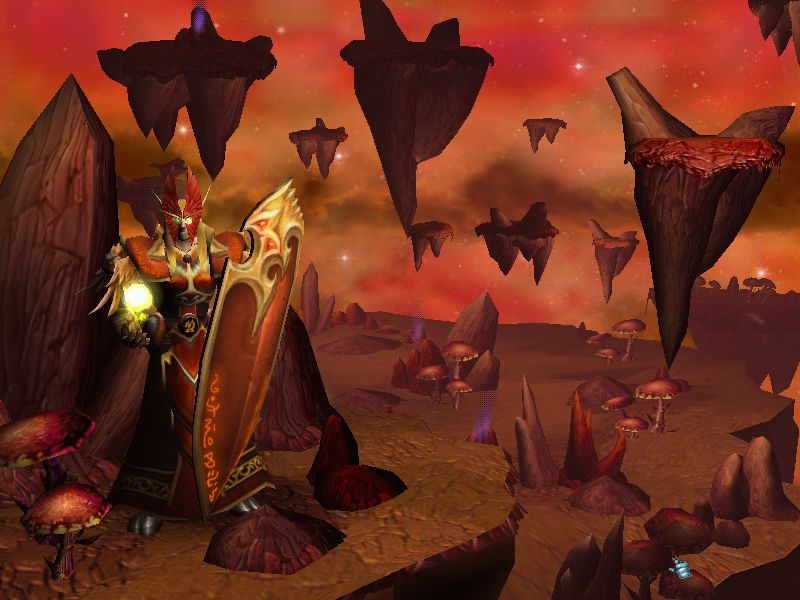 Alliance Campaign: Curse of the The Blood Elves – This is the campaign where for all intents and purposes the High Elves leave the Alliance. This is a huge deal and we see that it happens is due to a racist general who only sees the other races as pawns. He sentences Kael and the Blood Elves to death for surviving due to Naga aid against the Scourge. Because of this you get why Kael joins Illidan after Vashj saves him from execution. This campaign also had my favorite missions. Once Kael meets up with Illidan, he Vashj and Illidan close the portals in Outland and recruit the Draenei Akame to their cause against the Pit Lord Magtheridon who controls the planet with his orcs and demons. After that is the final mission where you conquer Outland, Kil’jaeden holds Illidan to his contract and all of you are sent to Northrend to the destroy the Lich King. It was this contract that Illidan to seek the “Eye of Sargeras” in the first place. This campaign is so much fun. I wish the Naga had been a playable faction as I used them far more than the Blood Elves when I could. 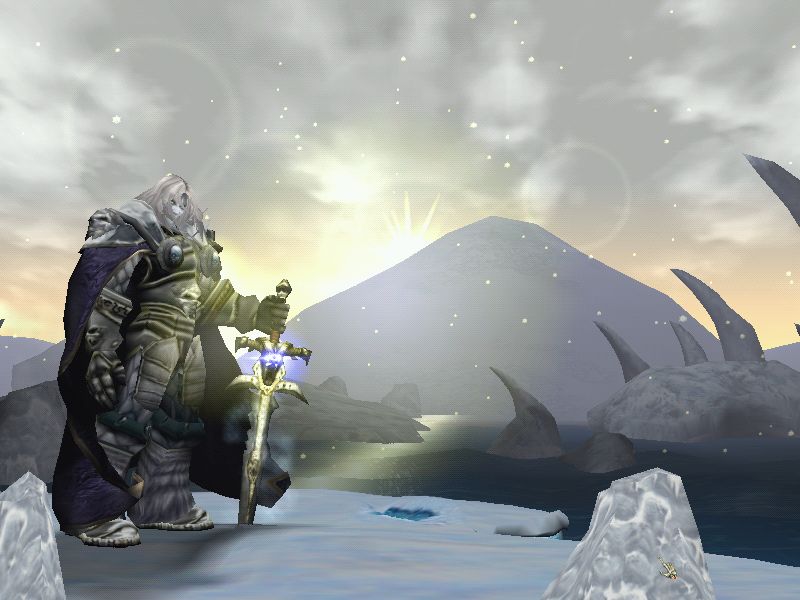 Scourge Campaign: Legacy of the Damned – The Undead Campaign is fun. It is here we see the rise of the Forsaken who will be a crucial faction in “World of Warcraft” as well as Arthas’s arc being completed as he goes from the exiled King running from Demons (both external in the Dreadlords who own Lordaeron and internal in those he killed to get here) leading to him becoming one with Ner’Zhul as the Lich King. It is super rewarding to get there and Arthas shows why he is such a great foe. The last 3 missions are the hardest in the game and they force you to truly strategize. Seeing the rise of “The Forsaken” and Sylvanas control Varimathras the Dread Lord was much needed. Her tragic story from “Reign of Chaos” needed payback and “The Frozen Throne” does this really well. By the end of her story she owns Lordaeron with her undead. This was the most challenging and rewarding of the campaigns. The final mission against Illidan was the best where I realized I couldn’t wait him out and destroy his base and had to finish taking the points was what I love about gaming. 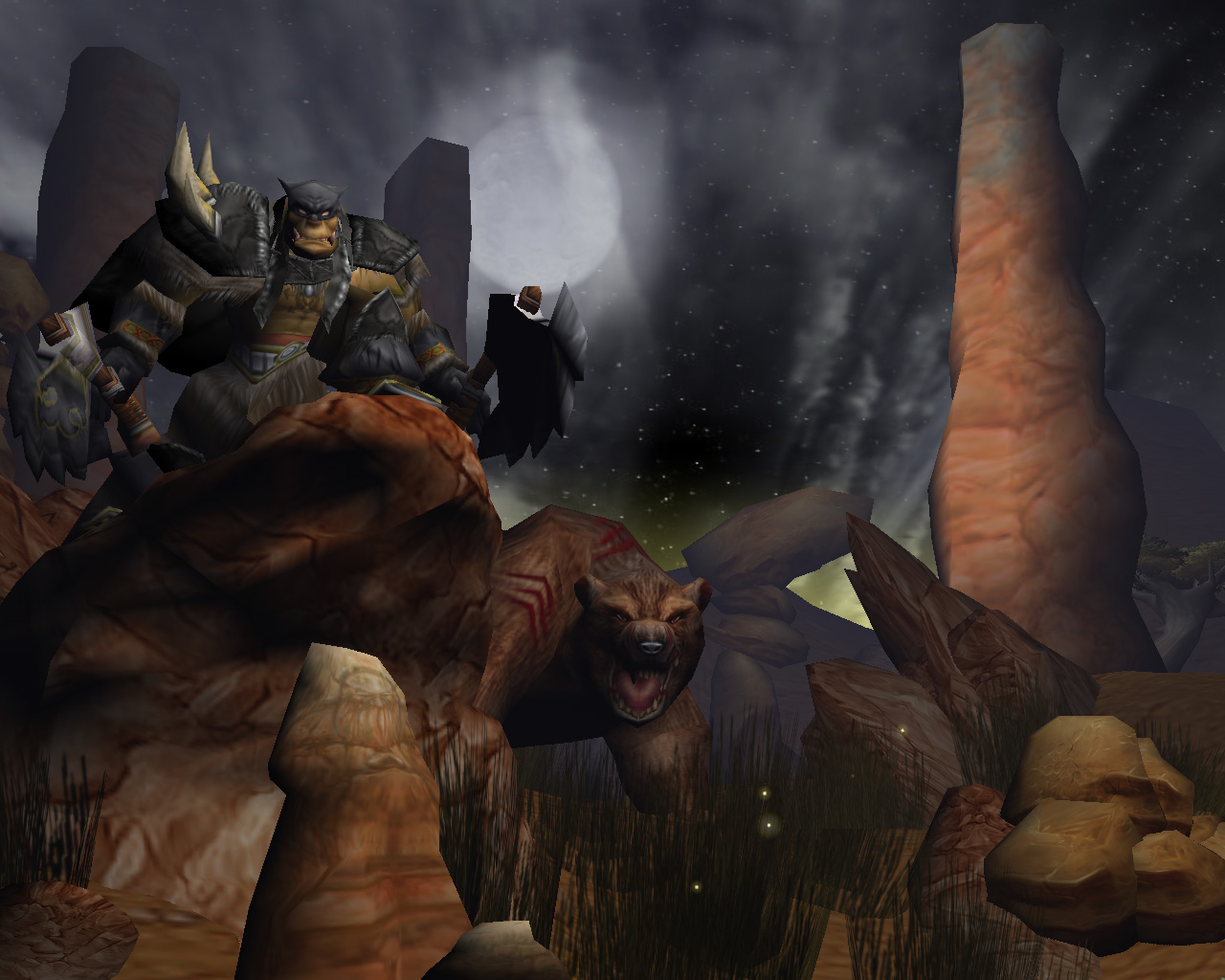 Bonus Campaign: The Founding of Durotar – The “Bonus Campaign” gives you a great pulse on where the Horde and Alliance relationship is currently. We see it all through the eyes of Rexxar a half-orc Mok’Nothal who helps Thrall’s Horde settle in Durotar. From here you face quests from clearing out Harpies and Kobolds to recruiting a Panderan Brewmaster and getting Rokhan a Jungle Troll who also joins your team. The story is told in 3 Acts. Act 1 involves you helping Gazlowe with the Kobolds, Drek’Thar with the Thunder Lizards while also clearing out Warlocks. Act 2 involved you getting over to Jaina when her father Admiral Proudmoore attacks and you recruiting Ogres, the Tauren once more and saving the Jungle Trolls so that all of you can stop the Admiral. Those 2 missions are fantastic and the “Diablo” feel from playing as heroes was a lot of fun. I can see how “Heroes of the Storm” and “Defense of the Ancients” arose from this campaign and the Tower Defense of the final mission.

“The Frozen Throne” is an expansion that improves everything from the first game. My only real issue with is is that the Naga weren’t a playable faction beyond campaign, but that is still better than the “Halo Wars” Franchise that took an expansion to make anyone outside of the UNSC playable and “The Flood” still aren’t a faction. This game didn’t have those problems. They started with 4 factions and made each of them better, while still giving us playable Naga in the campaign. This game made “World of Warcraft” and “Heroes of the Storm” happen and as much as I dislike some story choices in “World of Warcraft” it at least was willing to explore the lore that this game and “Reign of Chaos” made possible. After “Warcraft III: Reforged” which is this game and “Reign of Chaos” combined, I can’t wait to see what was changed and comparing the stories.