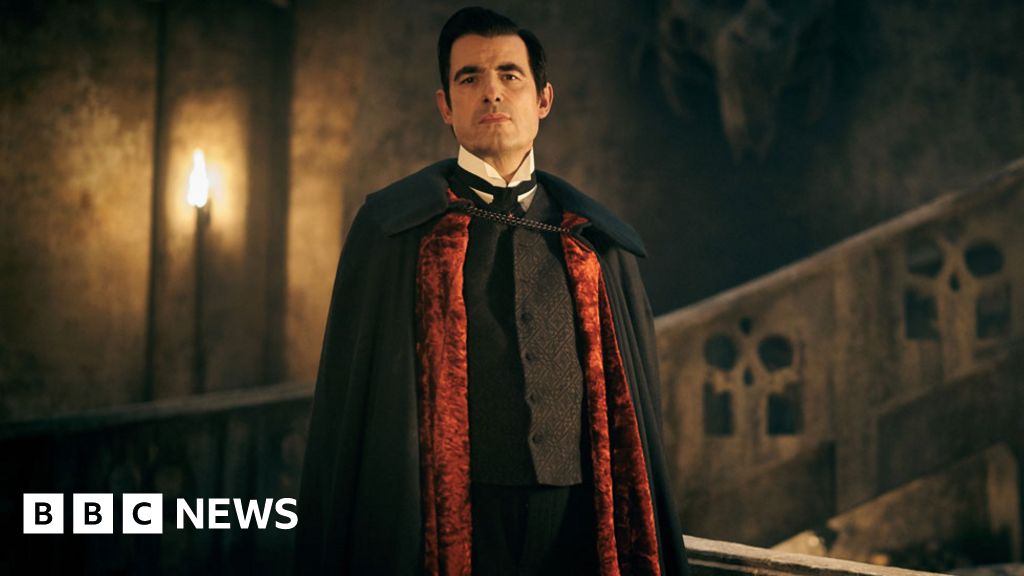 Moffat and Gatiss have a pretty mixed record when it comes to ending shows. “Sherlock” went from one of my favorite shows to having one of the worst endings of any show I have watched. Moffat also was this way in how he handled Matt Smith’s Eleventh Doctor’s run and the show “Jekyll.” Thankfully this time though the show doesn’t stick to landing it is overall a stronger story than the ones I have mentioned above. It never reaches the greatest episodes of “Sherlock” or “Doctor Who” but it doesn’t have to and I’ll get into what works and doesn’t work within each individual episode. Overall I’d say if you are a fan of “Dracula” the first 2 episodes are at the very least worth checking out.

As stated above, this was a Mark Gatiss and Steven Moffat project.

The premise is a modern adaptation of Bram Stoker’s classic Novel told over the course of 3 episodes.

“The Rules of the Beast” is easily the most straightforward adaptation of the Novel, with the biggest change being Van Helsing being a Nun, Sister Agatha Van Helsing. Her role is still the same though as the story starts with a undead looking Jonathan Harker who she is trying to learn about Dracula from in order to find his weaknesses. Things escalate when Dracula shows up and threatens the Nunnery and after the reveal of Jonathan’s fiancé Mina we see he has been made Dracula’s creature and tries to kill himself. He doesn’t succeed and it is the weakpoint in Van Helsing’s defenses as Harker invites Dracula in, in order to die. It is only through Van Helsing’s bravery that Mina is saved and the story ends with Dracula taking Van Helsing hostage.

There was a lot that worked about this episode as we Dracula become bats and wolves and seek a victory through fear. We also see when he was dying and how he twisted Jonathan into the near dead form he is as Jonathan’s strength is now his. This story overall worked and was nearly great, here is what didn’t work. The cinematography at Dracula’s castle and the Nunnery are also fantastic.

Jonathan had no free will in the end. In the end he stopped fighting and was willing to forsake all the innocents just so he could die. This didn’t fit the man we had met who was willing to die to protect Mina. The role of the brides didn’t make much sense either. We get hints at who they were before, but it is never explored which wasted a way the story could have gone in a different direction and added depth to characters who are usually just minions of Dracula.

Final Score: 8.5 / 10 Little more than solidly good. Enough of the story works, even with the cons.

“Blood Vessel” involves Dracula traveling to England with Sister Agatha Van Helsing in tow. The story is framed as him telling her the setup of everyone on the vessel and their relationships. The mystery is good as the situation is almost like “Alien” as the crew must battle against this unknown supernatural terror, with the only one that can help them, locked up by the very thing they are fighting.

We meet a lot of fascinating characters on the ship and seeing how they deal with the terror as people end up dead and how prejudices interplay among them makes for some great drama. This was all largely solid as was the fear factor in regards to Dracula and how the ship is shot.

What doesn’t work is that it starts out really slow. This was an episode I had to go back to because many of the characters Dracula frames in the narrative initially just aren’t interesting. It is the already established members of the crew who really make the drama work and I wanted more of that. The fact that Sister Agatha isn’t an active factor for a while either also hurt the narrative as her interplay off Dracula in episode 1 was one of the strongest parts.

Final Score: 8 / 10 This was a solidly good horror story.

In “The Dark Compass” we jump into the future where Dracula is captured by Dr. Zoe Van Helsing and her organization that was founded by Mina and Van Helsing’s relatives in honor of Jonathan Harker. Dracula soon gains his freedom though when his lawyer Renfield arrives on the scene.

Dracula in the modern day world is such a cool idea. He is seeing all this technology that is beyond his imagination and he has all the wealth that has been growing since he’s been gone. Fighting Dracula with science rather than religion is also a really cool idea too. Sadly these are the only compliments I can give it.

It is in modern day we meet our Lucy who is a party girl who Dracula decides to make his bride. They have a cool conversation about immortality but that is the only compliment I can give. Her ex Dr. Seward is a creep and stalker and is made out to be a hero and in the end Dracula decides he will die because it is the one thing he can’t defeat and I guess he loves Van Helsing? It is a mess and hurts the strong first 2 episodes.

Final Score: 6.5 / 10 The setup was great but Van Helsing and Dracula are the only real characters this episode and the premise of Dracula in modern day is completely wasted.

“Dracula” was an extremely flawed show and like Moffat and Gatiss’s other projects, it does not stick to landing. Overall it is stronger though because it never gets as bad as those, and since we only have one season they aren’t given the chance to make things worse. If you are a fan of “Dracula” I’d at least recommend the first 2 episodes but you can skip the third. I’d only recommend the third episode if you are completionist.

As we get closer to Halloween I’ll be reviewing more films associated with the holiday (or Day of the Dead as well). We start with “Nosferatu” a film that is visually brilliant but not a great adaptation of Bram Stoker’s Dracula. I’ll go into the reasons why in the assessment.

The film was directed by F. W. Burnau, produced by Enrico Dieckmann and Albin Grau and written by Henrik Galeen based of course on Bram Stoker’s Dracula.

The story mirrors Dracula with some characters changed or deleted (No Doctor Van Helsing) but the premise of the hero (in this case Thomas Hutter) is sent by his employer as he is a solicitor to sell the home nearby to Count Orlok. He leaves his wife Ellen behind to make the trip. He travels to Transylvania and people react in fear when he says where he is going. He meets the count and finds himself having nightmares and after the Count signs the contract of ownership over the home he prepares to travel to Wisborg all the while feeding off of Hutter. Hutter is left behind and has to make escape as Orlok heads to his hometown spreading “The Plague” along the way.

Here is the assessment of the film:

The Pros: The World – The world is lived in, you feel the desperation of the people and the plague feels very real. From bringing plague rats with him, to all the coffins that are in every area…whether Wisborg or Transylvania. You can see how Count Orlok and vampires fit into this world.

The Music – The film is a silent one and the orchestra does an amazing job showing emotions…from Thomas and Ellen’s joy together, to the horror of Orlok. Hans Erdmann did a fantastic job!

Cinematography – The visuals in this film are the best part besides the world and music, which is needed as the characters aren’t all that interesting. There are good uses of shading and shadows, especially when Orlok stalks his prey. This I think is what made Count Orlok such a memorable villain. Fritz Arno Wagner and Gunther Krampf did a good job at creating great visuals.

Count Orlok – Max Schreck plays a very memorable monster, he is both visually scary with his large clawed hands and dark gaunt face and also has a very high body count. He has great power too and gets to Wisborg without needing a crew for the ship as he controls it with magic and Knock is his slave even before he arrives and is the one who is blamed by the townsfolk, keeping Orlok protected from suspicion. It takes a lot to bring him down, which I appreciated.

The Ending – The characters aren’t all that memorable…the couple is young love and you don’t get their motivations, and the Doctors are their simply for exposition and to make comparisons between other predators (venus fly traps, etc.) to Vampires. But in this Ellen saves the day. She lures Count Orlok out and he stays to feed on her leading to his demise as he is up until the dawn and the light kills him. I liked this twist as she was the only character who actually did anything and in Dracula the character she is based off is only there to be rescued.

Okay/Con: The Characters – The best way to describe the characters is one dimensional. They have a single desire and that is it. Knock wants money and later to serve Orlok, Ellen and Hutter want each other, the Doctors just want to study and later just stop the plague and even Orlok just wants blood. The thing is in the end the only active agents are Orlok and Ellen. Ellen figures out how to stop Orlok and Orlok just keeping reeking havoc. This is a pretty big issue as I would have cared more about Ellen’s sacrifice if I’d gotten to know her character more, I would have cared about the townspeople if I’d seen what it was they valued. You don’t really get any of that, which brings the film down.

This is a classic horror film and it is worth checking out. It is not the best adaptation of Stoker’s Dracula as in the book and some other versions I’ve seen the characters have more than one dimension and I care about what happens to them…not so much for this film. It is worth it though for the music, cinematography and monster design. Count Orlok looks amazing as a monster and I can see why so many shows post this film have called upon his visuals for their monsters.