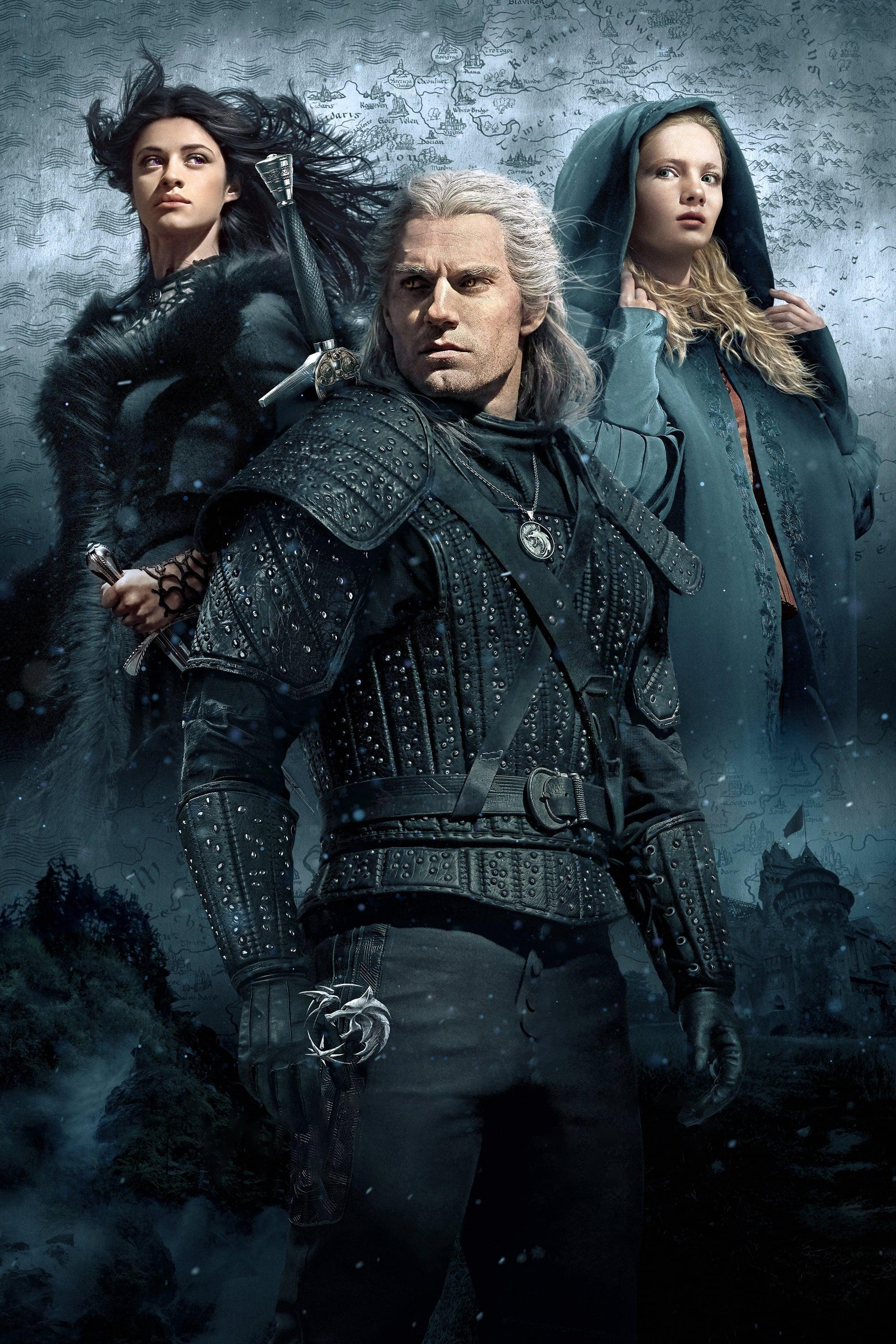 “The Witcher” is a series that shows so much promise. This is a world where I’ve played some of each of the videogames (1-3) as well as read some of one of the books (“Blood of Elves”). This is a universe that I find fascinating while it is only the show that I’ve full completed a story. This is the perspective I’m coming from outside of reading the wikis. I have an interest in this universe, but am more of a passive fan. So knowing this, what did I think of it? I think this is a show that shows a lot of promise, and I want to see more. I’ll get into more of what works and doesn’t below.

This is a show produced by Netflix and created by Lauren Schmidt Hissrich based on the books by the Polish author Andrzej Sapkowski.

The story follows the Witcher Geralt of Rivea (Henry Cavill) as he hunts monsters and wrestles with his destiny as the sorceress Yennefer of Vengerberg (Anya Chalotra) forges her own path and the Princess Siri of Cintra (Freya Allan) discovers there is more to her past than she realizes.

The World – The World of “The Witcher” is amazing. It is one reason I play all 3 games and can’t wait to see where the stories go. This is a world full of politics, magic, drama and monsters where often times there isn’t a best choice. All these aspects (with the exception of politics which I wish had been explored better) are handled well in the show. I can’t wait to see how Netflix explores this world further.

The Monsters – We see dragons, undead and countless other beasts pulled from Eastern European mythology. The designs are fantastic and this show uses a lot of practical make-up rather than leaning too heavily on CGI and it brings the world to life. The monsters also exist among the humans as it is often the humans who are cursing others and changing them into beasts and who are monsters in their actions.

Yennefer – Yennefer has my favorite arc in the show. She goes from an abused girl who has a humpback and deformity from her elven blood and comes into her own as a powerful sorcerer. She breaks from the Tower and makes her own path before eventually returning to defend the rest of the realm with her mentor from the Nilfgaard invasion. Her relationship with Geralt is beautiful as they are the only ones who are open with each other but at the same time are both still so full of secrets each moment of joy comes with one of pain. I can’t wait to see where her story goes. Anya Cholotra did a great job.

Jaskier – Jaskier is the heart of the story in many ways. He’s an egotistical bard who is out for fame but also cares. He is one of the few friend’s Geralt has in the world and has countless adventures with him over the course of the season. I can’t wait to see more of him in season 2. He’s hilarious and also you can’t help but feel for him too given how open he is compared to the guarded personality that is Geralt.

Geralt – Henry Cavill works in this role. I was surprised how much I ended up liking him. You can tell he’s a fan of this universe and he does a great job of bringing the pain and nobility that drives Geralt in his actions. I hope we learn more about the Witchers as so far Geralt is the only one we’ve seen in the show and I have hopes for how they handle Ciri’s arc as the father and daugther relationship that Geralt and Ciri have is one of the strongest parts of the game.

The Ciri Story So Far – Ciri escapes from Nilfgaard after they destroy her kingdom by using her magic (she discovers she has it when she screams). What this magic means and what drives her beyond survival is never really discovered though, and the supporting characters she meets are no “Hound” from “Game of Thrones” even though her plot is very Arya like as she ends up kidnapped or a different group’s hands after she is on the run. After this she non-nonsensically asks Geralt who Yennefer is, and that is where her story ends. Hopefully season 2 will develop her as a character.

Nilfgaard – The Nilfgaard Empire’s expansion is the main threat in the present day story surrounding Ciri. One of the leaders is trying to capture Ciri and destroys her Kingdom and family. We never get what drives their expansionism though, or even what they believe. They are soldiers in black armor and never become more nuanced than that. They are the Empire when in game they are much more complicated.

Destiny – Destiny is what characters use to explain everything. It is used much as “The Force” in “Star Wars” but is even more flimisly handled. We don’t get the logic behind destiny beyond “The Law of Surprise” which is where you can claim something of someone else’s as a reward after a certain time (though it could be anything from a shovel to a child). Why this law exists is never explained either even though it is the only real explanation we see of how destiny works. I hope next season solves this problem.

This is a series that shows so much promise. There are still problems, Ciri’s story was uninspired and she is pretty much kidnapped from place to place while having no real agency and the threat of Nilfgaard hasn’t been defined. We know they are religious fanatics but know next to nothing about how that fanaticism rose and what drives them. This is a shame as they are much more complex in what I’ve played in “Witcher 3.” I want more of that and Ciri to be a character as compelling as Geralt and Yennefer. She isn’t there yet, but there is still hope to have all parts of this series stand strong.

Final Score: 7.5 / 10 Boosted by the Geralt and Yennefer stories and the actors in those roles.