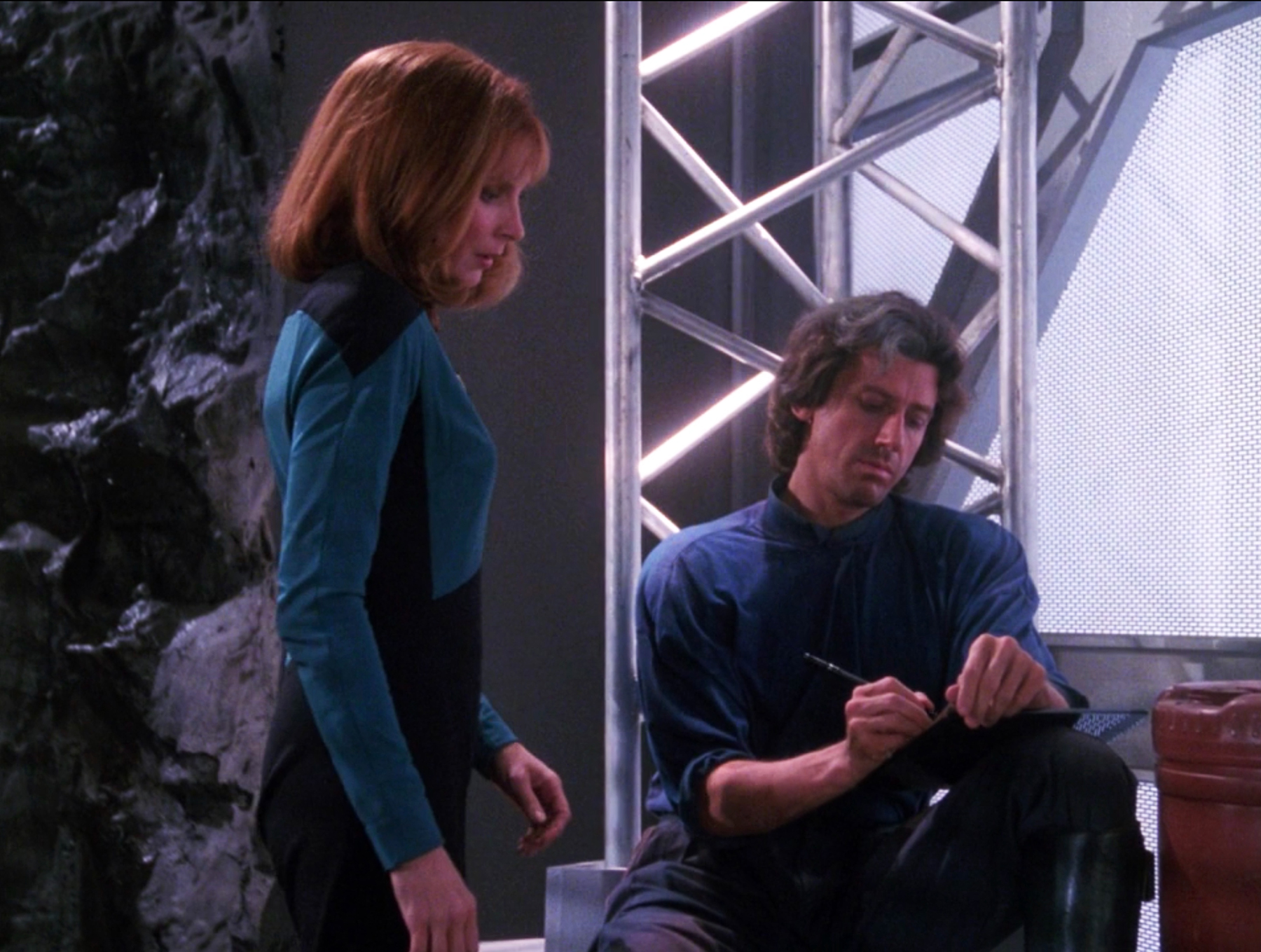 Dr. Crusher deserved more episodes that didn’t involve her being a love interest. Thankfully the high ground does not do this but explores who she is as a person and doctor. This is exactly the kind of episodes I was looking for, for each of the doctors in my exploration of doctors of “Legacy Trek” (TOS, TNG, DS9, VOY and ENT). This an episode that tackles revolution, terrorism and the responsibilities of outside powers in conflict. Suffice to say this is the kind of episode of “Star Trek” that I love. Give me philosophy, politics and a good character story and a I am here for it. This one does hold up though it could have been better. Before I get into spoilers, I do recommend it.

The episode was directed by Melinda M. Snodgrass and written by Gabrielle Beaumont.

The story follows Dr. Crusher when she is kidnapped by Ansata Rebels who want to force the Federation’s hand in their planets conflict.

The Premise – The idea of a faction forcing the Federation to get involved (given how powerful the Federation is) is really awesome. This is strengthened given this is an Independence movement and we see the people living under a fascist state. By all counts this should be easy for the Federation to make a stand but nuance is added to the characters and conflict which creates some good story drama.

The Ansata – The Ansata are the independence movement on Rutia IV being led by Kyril Finn. We get to meet the members of the populace who are a part of the movement too as well as some of the reasons why. The one thing that isn’t explored is that we don’t get the details of history. They exist as a powerful idea but we don’t get the details of the past that inspires the conflict, which hurts the episode.

Riker and Alexana Devos – Riker is the one who is pushing for resolution and freedom for the populace, though is way of doing so is very hands off. He’s helping Alexana who is a fascinating character who has been fighting for so long it is all she knows. She is a soldier who has lost people and it inspires the conflict and war. It is only Riker’s suggestion of another way that we see a possibility of her maybe taking another path.

Dr. Crusher and Kyril Finn – Dr. Crusher is helping the Ansata who use a transporter who infects them when used. She like Riker is pushing Finn to find another way and that never stops. Eventually Captain Picard is captured but she never stops rooting for the possibility of peace even as she protects Picard. This episode demonstrates how driven she is to help others as she is helping civilians after an attack by the Ansata which leads to her capture in first place. Gates McFadden does a wonderful job and I’m glad they didn’t give her a love interest in this episode.

The Details of The Lives of the People – The biggest thing against this episode is we don’t get many details of the lives of the people. Devos and Finn both give us vague allusions to things that have happened but nothing beyond that. This is a planet that has implied history but gives us no details of history. The characters have names, which is better than some episodes of “Star Trek” but it was so near great. It just needed to finish up those details.

This is a really good episode that I’d highly recommend. You get to see Dr. Crusher and what motivates her. There is a conflict that helps illustrate the Federation’s role in conflicts as well as the cycle of violence within conflicts and we are given nuanced characters who get to play off the crew. This episode could have been great and a favorite if it had just taken that extra step and filled into the details within the premise. 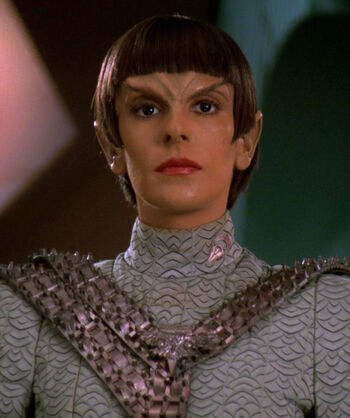