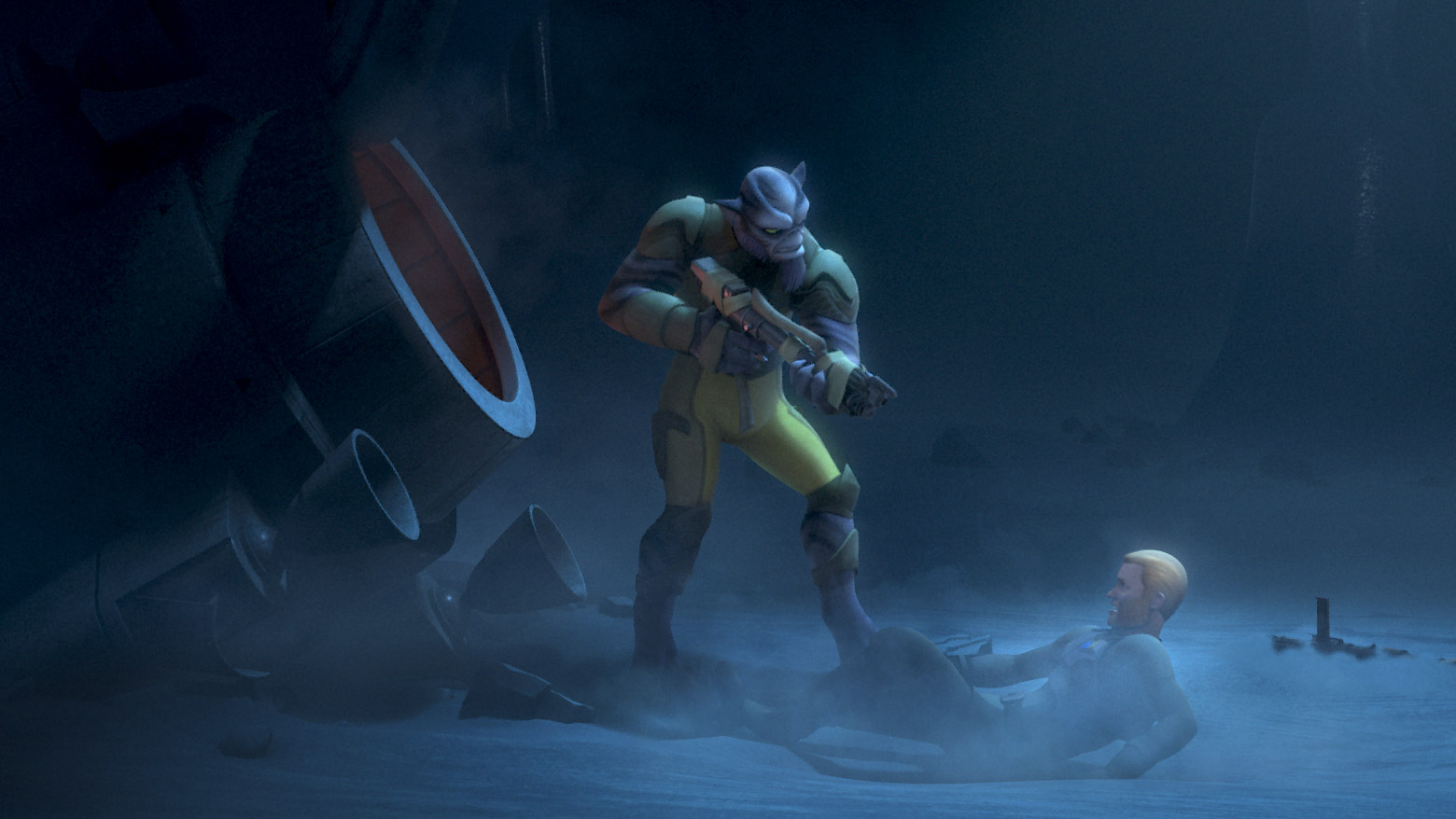 “The Honorable Ones” is a fantastic episode. In this episode we see the extent of how evil the Galactic Empire is, the character of Zeb and that there is much more to Agent Kallus than meets the eye. He’s a favorite character on the show after this.

The episode was directed by Brad Rau and written by Kevin Hopps.

The story involves Zeb and Agent Kallus forced to work together when after fighting on a base they find themselves trapped on a Geonosian Moon with limited supplies and dangerous creatures with them.

Genocide of Geonosis – One of the first things we learn is that there are no lifeforms on Geonosis and that there was something being built around the planet. Given that these were the folks who designed the Death Star, this was probably the Empire hiding Sidious’s ties to the Separatists and all of the plots from the Clone Wars. It is sad and brilliant…the Geonosians were a great species.

Agent Kallus – In this episode we learn that Kallus was just a grunt who became a hero simply for surviving and that he doesn’t view himself as a hero, as well as his regret of the massacre of Zeb’s people. It’s powerful as we see that besides his brothers in arms he has no one and is truly alone among the fleet so Zeb’s kindness is something so new to him that he finds himself longing for something he lost in the past wars…his community.

Zeb – Zeb shows himself to be a man of honor as he works with Kallus to create a signal that any side (Rebellion or Empire) could pick up. He listens to his enemy and relates him and even offers that his crew take him in. It’s powerful and we see how much Zeb has grown and healed from the wounds that Kallus helped make.

The Life of a Soldier – The life of are soldier is a huge motivator for both our characters as we learn it is the community that had in battle that drove them as well as the belief that they were protecting and fighting for a greater good.

Kallus’s Dilemma – Kallus is left with the dilemma of leaving the Empire as he has the resources to find out how the Empire destroyed Geonosis, but will he? He’s isolated and alone but he is also a creature of honor and duty. This alone may keep him with the Empire until the end.

This was a solidly great episode and is easily one of the best the show has released so far. Zeb is one of my favorite characters and after this Kallus is too. I’ve always liked him as a antagonist and in this we get to see where his motivation comes from and that he is more than just a Imperial stooge. I’m curious if he’s going to change and help the Rebels in the end, or if his duty and honor to the Empire will outweigh the rest.