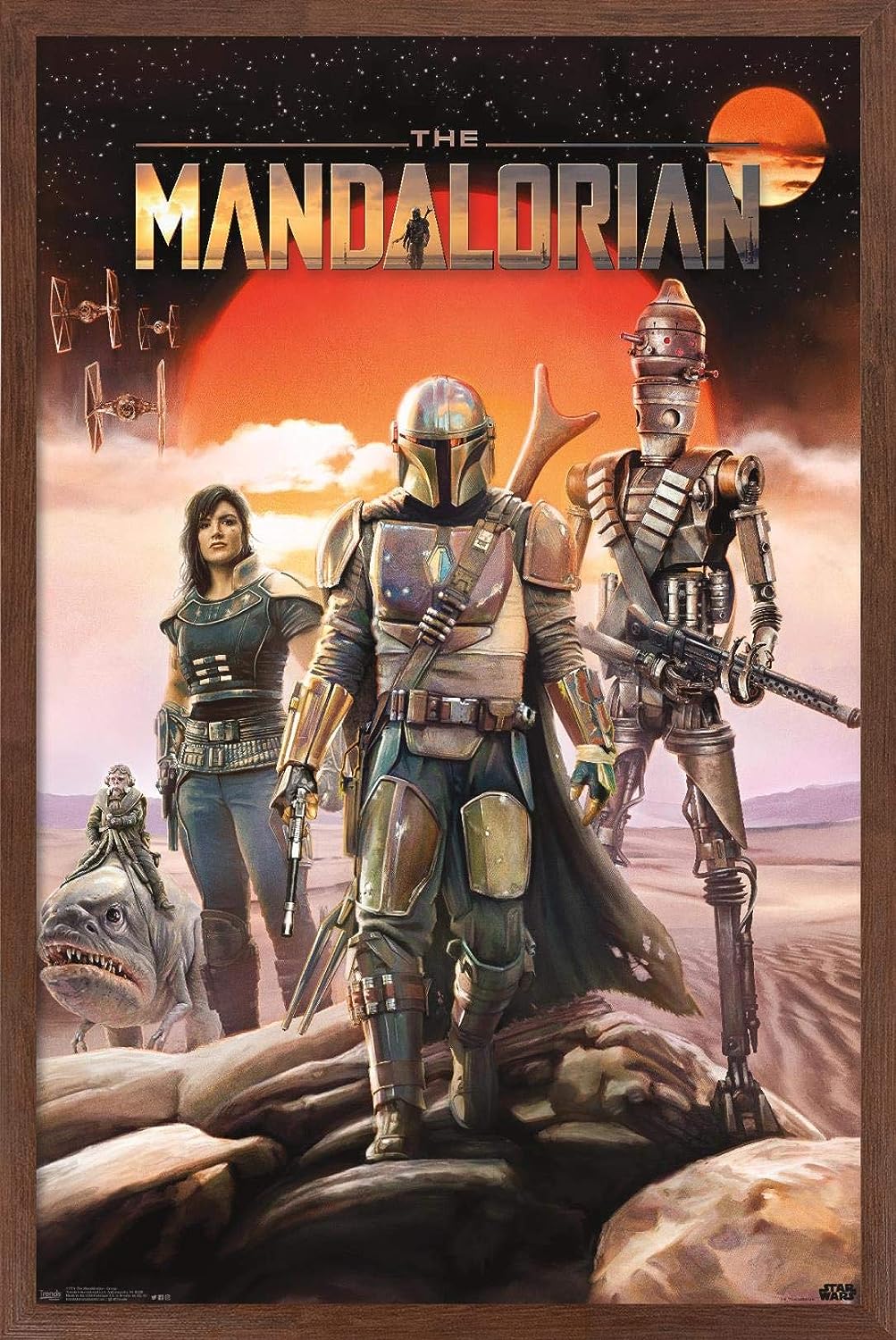 “The Mandalorian” is the first thing to come out of the new Disney Star Wars that feels original. There are all the trappings of Star Wars but it doesn’t feel tied back to any prior lore and is a solid series as is. It doesn’t need the rest of the Extended Universe to be good and that is where the strength of it really is. This is a space western that explores the life and story of a bounty hunter in this universe and Jon Favreau and handles this amazingly well. There is a beautiful simplicity to the great westerns that this show captures perfectly. For non-spoiler thoughts the only cons that stood out were the cliche writing tropes that happened sometimes and I had a few issues with the final episode. Also, this show is super quotable. You’ve probably already heard “I have spoken” and “This is the way” from the popular culture around you. It was wonderful being part of the experience of it all with everyone.

The show was created by Jon Favreau in collaboration with Dave Filoni, Kathleen Kennedy and Colin Wilson.

The story follows the Mandolorian bounty hunter (Pedro Pascal) on his bounty assignments as his life is changed after he discovers one of his bounties is not what he’d thought it would be.

The Soundtrack – The soundtrack is what makes the world. It feels completely seperate from John Williams’s score and sets the world apart as a western. Ludwig Göransson is truly a master of his craft. I want to check out his other work now. The soundtrack is a big reason I’d watch the credits at the end of each episode, besides the cool concept art that came with it.

The World – This world takes place within “Star Wars” but has none of the major characters. The major antagonist is Moff Gideon who leads a remnant of the Empire but as far as we can see, doesn’t even have a Star Destroyer and his army seems to be made up of mercenaries. This is a world where the Mandalorian people have been nearly wiped out and our protagonist is part of a hidden group in the sewers of a planet. The New Republic is also nowhere to be seen showing that it is a new government and they have never really had an organized Navy in the way the Empire did. The world is beautiful, raw and works.

The Supporting Characters –  The supporting cast of “The Mandalorian” is a big reason this show works. You have Kuil played by Nick Nolti who is the Mandalorian’s (Mando / Din Djarin) first mentor and helps him become the father figure to “Baby Yoda.” His other ally is Cara Dune played by Gina Carano who is Mando’s fellow warrior. There is also his sometimes boss Greef Karga played by Carl Weathers who is in charge of the Bounty Hunters Guild. All of these characters who appear multiple times get development and lore. There are smaller characters like Mando’s former criminal co-workers who he ran with and of course enemies like Moff Gideon who we meet too. All of these characters give life and nuance to the world and show us who Mando is in how he interacts with them.

The Mandalorian – Our protagonist Din Djarin the Mandalorian is a character who tells us so much in his silence. He doesn’t talk much and demonstrates who he is from his actions. We see this when he saves Baby Yoda from the imperial remnant, his defense of a village from raiders and his willingness to give people a chance, even if they betray him. Pedro Pascal is excellent in the role. This is a character ruled by trauma from the Clone Wars when droids killed his parents, and dealing with that hate and distrust is his main arc beyond caring for others again. He never stops being a Bounty Hunter but he finds a way to keep to the good within that code. It is extremely well done and I can’t wait to see where future seasons go.

Imperial Remnant – I have a few okays listed because the ideas work in some ways and don’t work in others. For example the Imperial Remnant. The Empire has so many stormtroopers killed and they are the but of jokes, but they also manage to destroy most of the hidden Mandalorians and can be threatening when there is a need. I can’t call them a pro because Moff Gideon hasn’t won on screen yet and we don’t know how powerful this remnant of the Empire is.

Unearned Happy Ending – The ending wasn’t bad, I was fine with it but it could have been better. We have heroic sacrifice, which I appreciated…but Moff Gideon never gets the chance to be a real threat and his Imperial Remnant never feels effective. I’m not putting as a con because I did like Mando and his friends fighting against the Moff, it was just way too happy. Moff is defeated in his Tie-Fighter (but survives) and after Greef just declares victory. It felt short sighted and making the episode happy rather than taking in both the loss of IG-11 and Kuiil.

This is a show that has so much promise. It isn’t perfect but I do consider it great. It had enough characters I cared about, the feel of the world is one I want to spend more time in and the fact that there is more story to tell has me intrigued. My personal hope is that it doesn’t tie itself to closely to Disney’s new lore in episodes 7-9 as I’d like this to be a show that someone who isn’t into “Star Wars” could pick up and enjoy and follow all the way through. I don’t know if this will happen, but that is the hope I’m holding onto for this series. This is a story that doesn’t need any prior lore to keep it strong and I’d like it to stay that way moving forward.