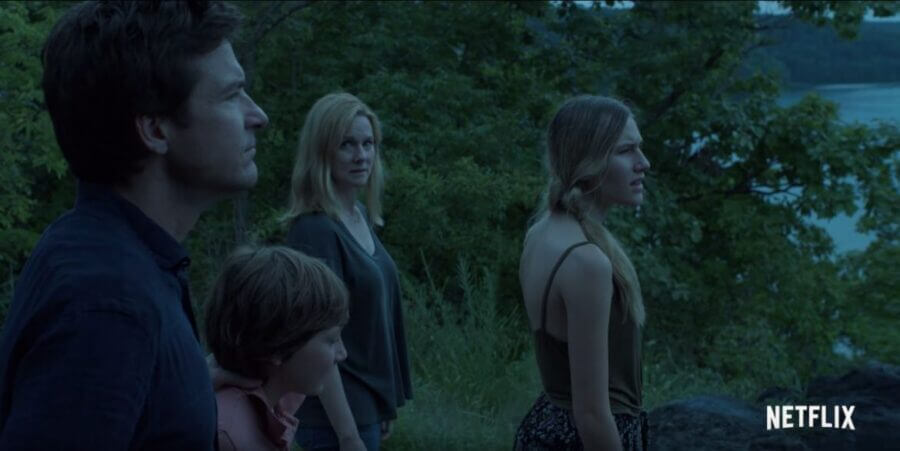 “Disney Animated Stuios” is pretty much the new Pixar in regards to quality animated storytelling. “Pixar” is now where old Disney used to be as they are releasing tons of sequels and it isn’t ‘garutneed they’ll make a hit (unlike “Disney Studios”). Seriously, “Big Hero 6,” “Frozen,” “Wreck-it-Ralph.” These are films this studio has put out and now “Zootopia” is up there among them as one of the best animated films I have ever watched. Much like those this film is intelligent with characters, comedy and themes and gives us a lived in world without a powerful story we can relate to our own world and ourselves. Before I get further and into spoiler territory, go see this film.

“Zootopia” was directed by Byron Howard and Rich Moore while being written by Jared Bush and Phil Johnston and was produced by Clark Spencer.

The story involves Judy Hopps (Ginnifer Goodwin) moving to Zootopia to become a cop and finding out that the ideal world of animals that were once Predators and Prey isn’t the peaceful utopia she believed it to be. Together she must work with a hustler named Nick Wilde (Jason Bateman) to solve the case on why certain predators are going feral and help save the city.

The Pros: The World – The world is awesome! It has a bunch of anthropomorphic animals and unlike a lot of “Dreamworks” films they don’t exist as jokes. There are fully fleshed out cultures and societies (of the the carnivore and herbivore variety) made to reflect our own, rather than satire pop culture…but that is the quality I’ve come to expect from Disney Studios.

The Animation – The animation is beautiful as Zootopia is split into different regions…from the Metropolis at the center, desert, rain forest, etc. It all flows together beautifully and I love how they show when animals go feral with the red eyes.

The Characters – The characters are the strongest part of the film as their histories are what inform the film, especially between Hopps and Wilde, who really carry the film. This is a film that is honest about it’s characters and in turn honest about our own basic humanity, with all of the pros and cons that come with it.

Mr. Big – Mr. Big is the gang lord of the Arctic region. He is an Arctic shrew who is pretty amazing as he helps our heroes once he learns that Hopps saved his daughter and in turn he makes her family and forgives Wilde for conning him.

Chief Bogo – Idris Elba is awesome in this! He plays a giant Water Buffalo who is the police chief of Zootopia. He has his own issues to work through as he doesn’t take Hopps seriously until Wilde calls him out for his prejudice against smaller animals and his belief they can’t be cops. He grows a lot and becomes of the few characters who remains a hero throughout the film.

Nick Wilde – Jason Bateman is fantastic as Nick, who is a tragic figure who had gotten beaten up by some herbivores as a kid because he was a carnivore, as they beat him up and muzzled him. From this we get why he doesn’t trust people and why he lives the sly fox stereotype. His friendship with Hopps is awesome as he helps her grow and she helps him grow as he becomes someone serious and stops conning others.

Judy Hopps – Hopps was beat up by a fox when she was little and her family hates foxes due to their experience in the countryside. That all changes when she goes to the city and befriends Nick. It is from there that she has to face herself when she helps the Assistant Mayor target predators when she blames their going feral on their DNA. From here there is one of the most touching scenes when she apologizes to Nick for all she’s done and they go to takeout the Assistant Mayor.

Prejudice and Communities – The main prejudices explored here are those based on body (Hopps ignored by the Police Chief and force) and carnivore vs. herbivore as the herbivores fear the Predators and vice versa due to times fear and hatred have been acted upon characters. We see this in how the Assistant Mayor uses the fear to limit predator opportunities and making Hopps a hero. It is when Nick and Judy get past their prejudices and Chief Bogo does too that they are able to take out the Assistant Mayor and her sheep who want revenge for being used and oppressed and wants to end the existent of carnivores.

The Cons: The Mayor and Assistant Mayor – I felt that these two were never fully explored. The Mayor was just someone taking advantage of the media to be better liked while the Assistant Mayor preyed on fear. There was so much more that could have been done with all of them. The mayor being a bully didn’t seem like a logical reason to target all carnivores.

Too Much Shakira – She is in this as Gazelle and she is everywhere. Seriously, at times this film feels like a Shakira commercial. I hated it as this city should listen to more people both in the news and music. This was the one thing that really took me out of the film.

This was an amazing movie even if the Mayor and Assistant Mayor didn’t feel fully developed as characters, and there was way too much Shakira (and I like Shakira) as at times it felt like one giant music video selling her, especially at the end. These cons are overwhelmed by the positive though as the world is amazing and the core characters all go through character arcs that humanizes them and gives them depth. There is a lot to like about this film and I would not be surprised if it ends up making my Top 5 Films this year.