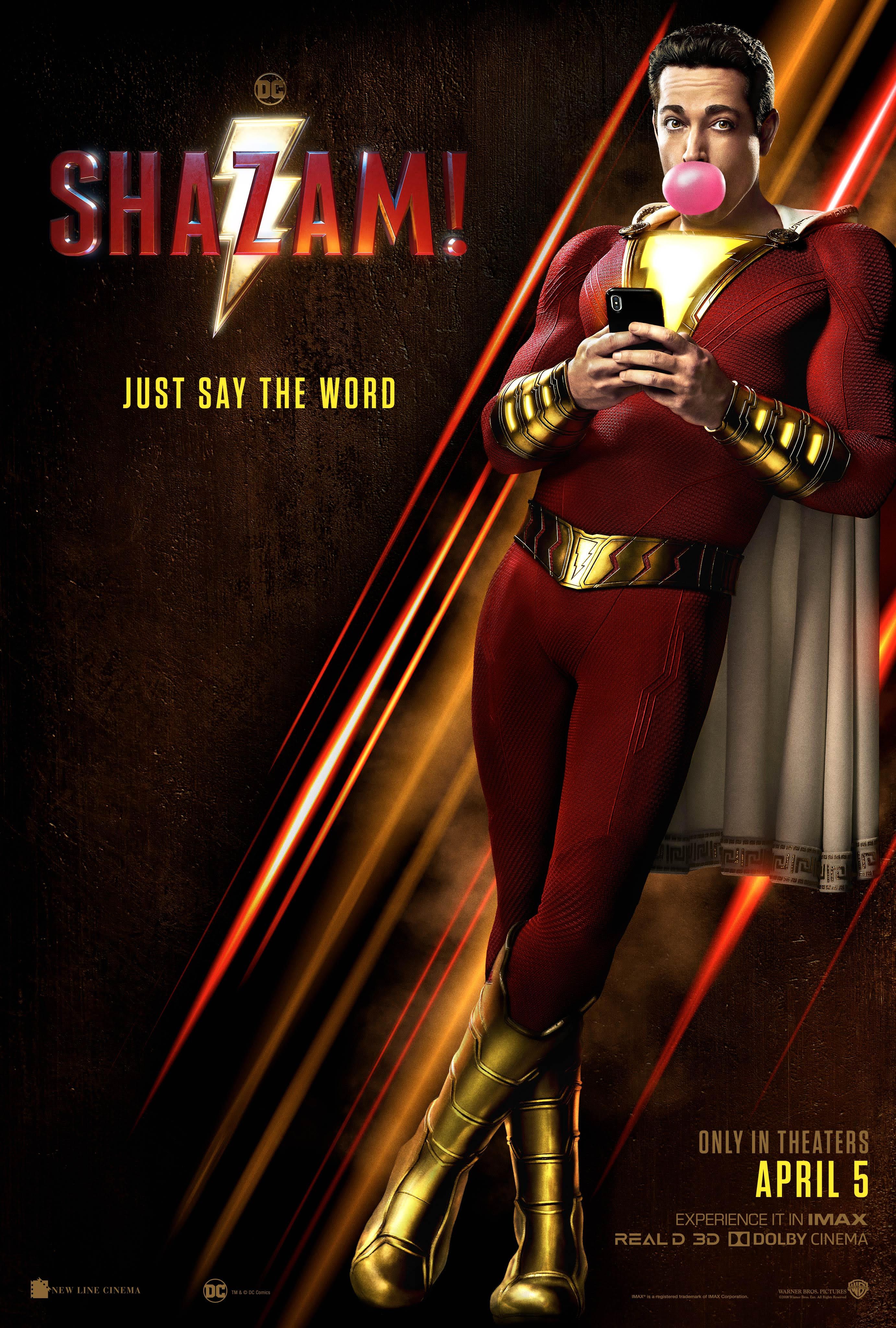 “Shazam!” is easily the best film so far in the DC Cinematic Universe. I’m speaking as someone who thought “Wonder Woman” was great and enjoyed “Aquaman” and “Man of Steel.” This film is better than all of those and is the most fun I’ve had in a DC film since “The Dark Knight Rises.” I’m glad they got this win. “Shazam!” captures what makes super heroes and comics books so enjoyable and fun in the first place. This is a film that never stops being fun. For non-spoiler thoughts, it is worth seeing for that reason alone. This film is comedic, dark, adventurous and explores the concept of a family better than so many films that say that is their theme. Not only that, the film looks great and has a fantastic soundtrack.

The film was directed by David F. Sandberg with screenplay by Henry Gayden and produced by Peter Safran.

The story follows foster boy Billy Batson as he is given to the last foster family who will give him a chance, as he has ran away from all those prior. Left with the choice as he searches for his missing mother other threats are plot and act as Dr. Sivana (Mark Strong) is empowered by an evil and only the wizard Shazam can empower someone pure of heart who can stop him in his quest of destruction.

The World – Finally the DCCU works. This film calls upon classic “Shazam!” villains who were part of his universe before Faucet Comics were bought out by DC and when he was Captain Marvel. The villain is Dr. Sivana who is a classic foe who DC brought into their universe. As someone who loves the rich lore of comics this was a movie that hit me on so many levels. There is more related to the lore that I’ll get into later in the review, but this is a world that doesn’t need the rest of the DC universe to be good but enriches it by existing.

The Action and Cinematography – The action is visceral, colorful and feels like it has been pulled from the pages of a comic. It isn’t the same beautiful the way “Spider-Verse” did it with it’s animation (blending anime, modern, noir, etc.) but it does it using the dark and light in the character’s abilities and where they choose to shoot the fights. For example, the final fight takes place in a carnival. This use of the dark and light contrast makes the fight sequences stand out and when they happen (because when they happen they matter) it adds to the narrative and is a brilliant use of storytelling.

Billy Batson – Billy Batson / Shazam / Captain Marvel is the main character, who as the foster kid is seeking his mother. He is a kid who only looks out for himself and tells his foster family as much. He does grow more attached to them over the course of the film, which is part of his essential arc. When he becomes the Champion empowered by Wizard we see Billy’s arc go from selfish kid seeking his mother to hero who has found his true family. Both Zachary Levi as Shazam and Asher Angel as Billy give so much depth to the role.

Freddy – Freddy is one of Billy’s foster siblings and the closest thing he has to a friend. He’s also a huge comic book nerd and becomes Billy’s mentor on how to become a hero when he becomes the Champion / Shazam. At first they are both really selfish but Freddy figures out the bigger picture first and calls out Billy for how he has become a selfish bully with his abilities. Freddy does have his arc payoff though, but I’m not revealing what that is, since it is one of the best parts of the film.

Shazam Family – Billy’s adopted family becomes the Shazam Family at the end to fight the Seven Deadly Sins and it is awesome! Each of them is a hero as strong as Billy and together they face off against the Sins. How it happens is fascinating too as it Billy realizing that he needs to open his heart to find his true power and it is in sharing power, not taking it (like Dr. Sivana) where true power lies. Each of the family members has distinct personalities contrasted by their grown up identity and I can’t wait to see them further. I won’t describe more as the seeing their story payoff is one of the best parts of the film.

Dr. Sivana – Dr. Sivana was one of the people chosen by the wizard a long time ago to be the hero but failed because of the temptations from the Demons who are the Seven Deadly Sins. From that point on he seeks out the Sins and frees them before seeking out the hero who he envies for having the great power that is only capable of defeating him. We see why he is this way too as he comes from an abusive family and power was the only thing his dad and brother ever respected. What innocence and pure of heart that he needed to be the Champion was stamped out a long time ago.

Mr. Mind – This is a classic villain for the Fawcett comics who DC brought back when they revamped the character. He is this caterpillar looking worm who is a genius. He meets up with Dr. Sivana in prison and tells him there are more ways to power than simply magic. It is a great set-up for future films as Mr. Mind is a villain unlike anything we’ve seen so far in Marvel or DC.

The Foster Parents – The Foster Parents are kind but kind of generic. We get glimpses of their past but never in relation to their kids, only in relation to one another. They both grew up in the Foster system so I’m not saying it is a negative but them opening up to any of their foster kids about their past would have added a layer of depth the story wasn’t able to do. Not entirely a con but definitely the weakest part of the film.

This is a great film. Shazam is such a fun hero and I can’t wait to see how Mr. Mind and Shazam and his foster family are used in later films. In both there is so much potential there to be explored. This was also a film that doesn’t need an expanded universe to work. Billy’s relationship to his foster family and his biological mother give this film more than enough heart to make this film wholly great on it’s own merits. If you are looking for a film that has a deeper point while still managing to be a hilarious comedy, you will probably love this film as much as I did. It is definitely one of my favorite films.