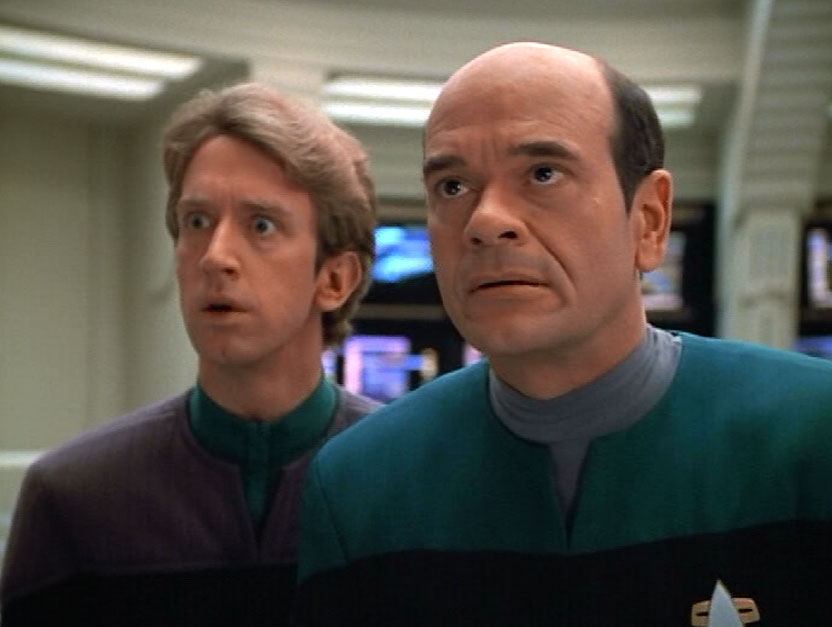 “Message in a Bottle,” is a fantastic Doctor episode and I was glad it was the next one I chose as I review an episode for each doctor in “Legacy Trek” (TOS to ENT in time of release). Robert Picardo’s EMH is my favorite character on “Voyager” besides Seven of Nine and this episode really illustrates all the reasons that he is. Andy Dick and Picardo have such amazing chemistry in this episode and I like how the story ties “Voyager” to the Alpha Quadrant. Without saying anymore this is an episode I highly recommend for Picardo’s performance alone.

The story was written by Rick Williams with Teleplay by Lisa Klink with the episode being directed by Nancy Malone.

Using the Hirogen’s arrays Voyager has found a way to contact a Federation ship in the Alpha Quadrant. Due to the limited time they decide to send the Doctor over to send their messages to Starfleet.

The Romulan Threat – When the Doctor transports over to the ship he finds it has been taken over by the Romulans. This threat is constant as they are paranoid and right not to trust the Doctor. He has to use all of his adaptability to get around them and even after the crew is defeated there is still the Tal Shiar forces that arrive. I’m a huge Romulan fan and this episode does a wonderful job of illustrating why they are such a threat. The Romulans are taking a prototype Starfleet Advanced Vessel called Prometheus, the fact they almost win shows just how great they are as a threat and the fact that they’d captured this advanced ship in the first place.

The Call of Home – When 7 of 9 figures out how they can use the array to send a message to Starfleet we get some wonderful moment of Chakotay, Janeway and members of the crew talking about the letters they want to send home. There are so many beautiful moments that really capture how long they’ve been away and how strong their desire is to return home.

EMH-2 – Andy Dick is fantastic as the EMH-2. He’s arrogant and smart but is completely driven by his programming and rules and regulation. It takes the Doctor to get him out of this. They clash originally but in the end the EMH-2 saves the Doctor when the Romulans find him out. The comedic timing is fantastic and he still feels so human too.

Seven of Nine – Seven of Nine is one of my favorite characters in “Voyager” and this episode helps capture part of the reason why. She is very much the Spock or Odo as she disconnected from the crew by her being a former Borg but she still cares deeply for them and getting them home. She is the one who discovers how to use the arrays and she calls the senior staff immediately to act on it. She also shocks a Hirogen who tries to stop them from using the array when “Clearly diplomacy wasn’t working.” She’s amazing and Jeri Ryan continues to own the role.

The Doctor – This is the Doctor’s episode and seeing him play off the EMH-2 and help the EMH-2 find courage while at the same time outsmart the Romulans and contact Starfleet are the amazing things he accomplishes this episode. Robert Picardo brings a lot of nuance to the role too as we see his fear when he is found out by the Romulans and also his brief moment of gratitude when he is saved, before the EMH-2 rubs it in his face.

Torres – Torres is the worst part of this episode. She starts out dehumanizing Seven and proceeds to do so throughout the episode. She even uses the fact that Seven was a former drone to hurt her. It is awful and I usually like her. This struck me as pointless drama and did nothing but make Torres look like an awful person.

This was a near perfect “Voyager” episode with only the writing of Torres bringing it down. I loved seeing the Doctor take on the Romulans and spend time on the Prometheus. This episode gives us the theme of “Voyager” with the quest for home along with the exploration of self through the Doctor. This is easily a favorite and is one of the best episodes “Voyager” has to offer. Suffice to say, this is one I highly recommend.

Final Score: 9.6 / 10 Would have been perfect if Torres had been written better. 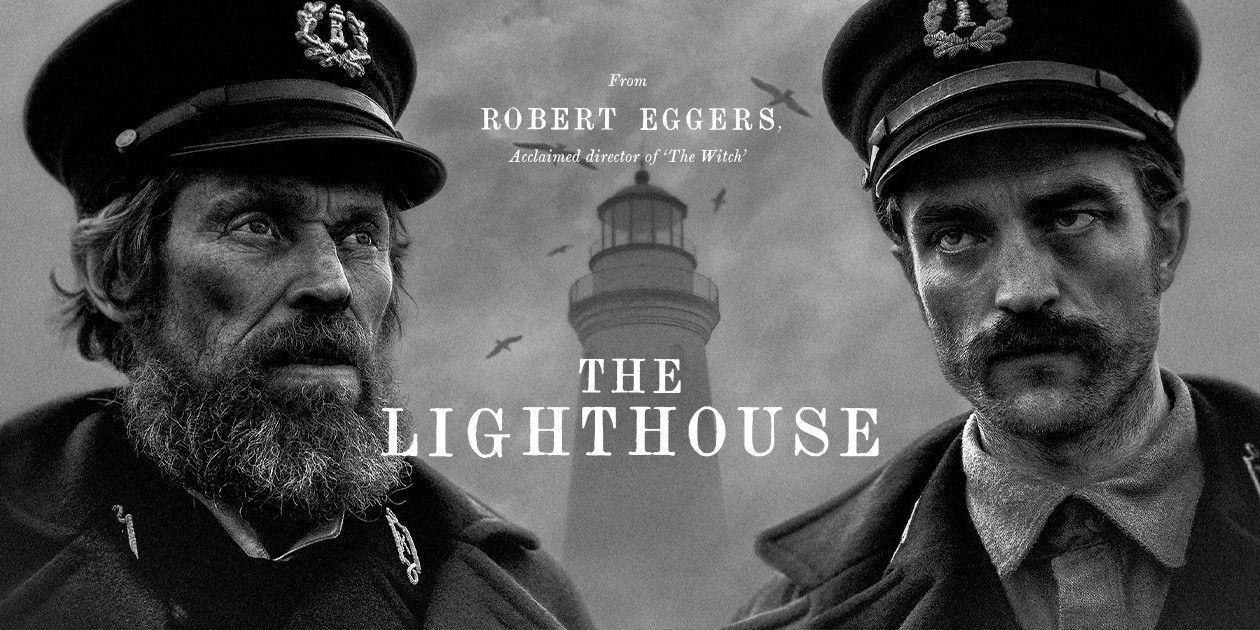