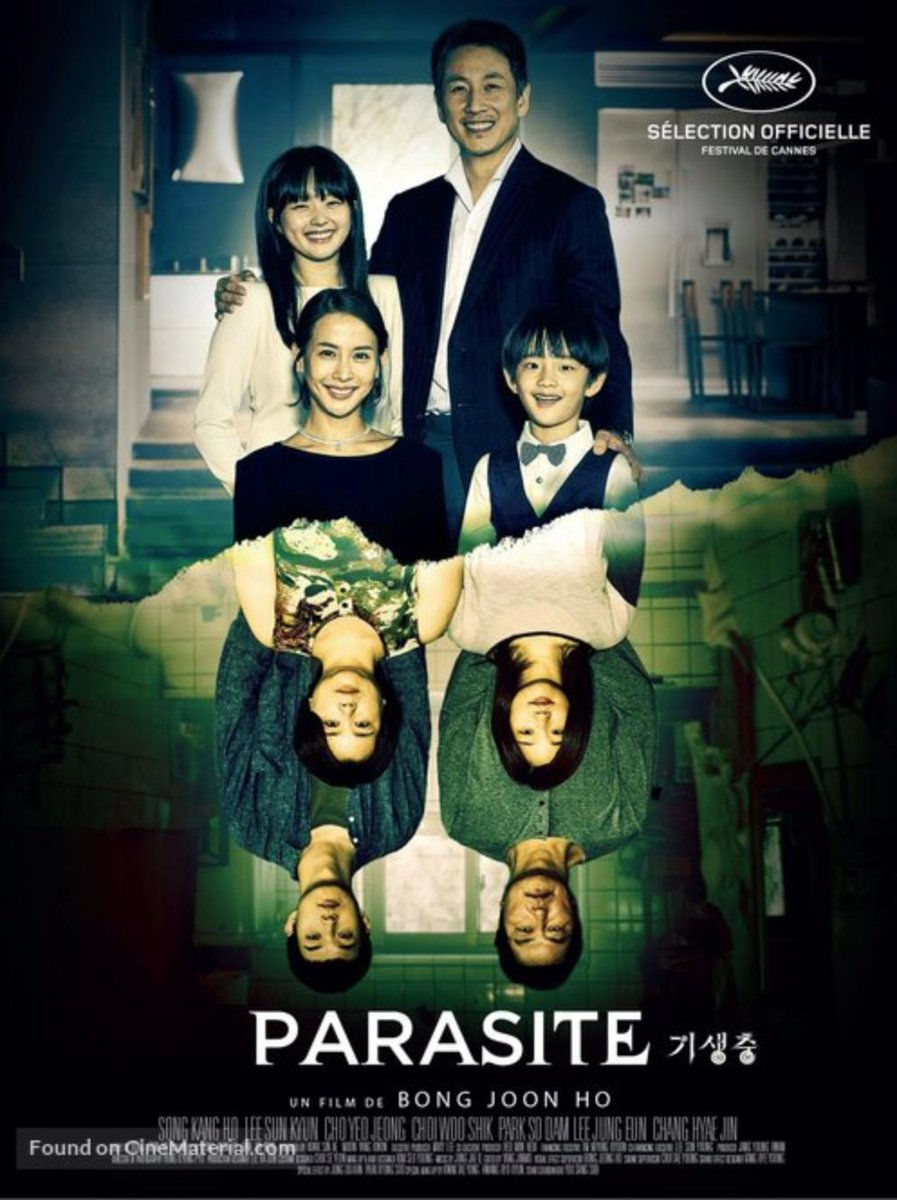 “Parasite” is a film that stays with you. This is a film that explores class in South Korea as well as the complicated nature of the human psyche. None of the characters you meet are really likable but they are compelling and I found myself drawn in through the entire film. I wanted to see what would happen next, and the film did not disappoint. This is an amazing thriller and the beautiful cinematography and soundtrack elevate it further. I definitely recommend this film.

The film was directed and co-written by Bong Joon-ho who co-wrote the story along with Han Jin-wan.

The story follows the Kim family who cons their way into fulfilling roles needed by the wealthy Park family. All is not as it appears to be though as the history of the house and the weaknesses into con begin to be revealed.

The Cinematography – The cinematography is absolutely beautiful and does a good job of pulling you in. Light is used to illustrate tension or discomfort as even the Park household never feels fully lit. This does a great job of growing the tension between characters, be it love, friendship or distrust. The use of light and dark helps illustrate the class divide between the characters as well as the Park house is filmed primarily during the day, while the Kim house is filmed primarily at night. The areas that are darkest is the hidden basement which feels like a horror film in how it shot and it is here where the Climax of the film really begins. This area of the house is filmed in sickly yellows and greens. Hong Kyung-pyo did an amazing job.

The Soundtrack – The soundtrack like the cinematography keeps you drawn in. There are sharp string instruments used at certain points and most of the soundtrack gives a sense of foreboding and melancholy. This plays into the theme and feel of the film and elevates it. Jeong Jae-il’s composition is absolutely beautiful.

The Characters and Nuance – This is a film that is full of character nuance. Most of the characters are more complicated than they appear to be. The father from the Kim family Ki-taek forms a friendship with the wife of the Park family Yeon-gyo and seems to care about her more than her husband does. The Kim daughter Ki-jeong helps the Park boy Da-song who she is art teacher for to calm down and there are little moments like this between characters scattered through the film. It is beautifully done. I kind of hated most of the characters at first until I noticed that nuance, which makes the con falling apart all the more tragic as everyone in this film suffers or dies in the end when the con comes crashing down.

Deconstructing Class – One of the lines in the film is that the Park family is kind because they are rich. There is truth to this in that they aren’t desperate to live so have formed relationships beyond survival, while the Kim families relationships are entirely based on eating and keeping their house. Why the class structure that exists is never explored but the consequence upon how people behave is. Desperation leads to selfishness and living well off can lead to a level of detachment.

The Ending – The climax starts when the former housekeeper returns after the Kim family is celebrating and drinking while the Park family is away. What we discover is her husband worked for the home’s prior owner and has gone insane. When the con is revealed the former housekeeper after the Kim mother refuses to help. This leads to the housekeeper ending up accidentally killed and her husband breaking out and attacking the Kim son and killing the Kim daughter. Kim Ki-taek kills the houskeeper’s husband and attacks the Park father after the Park father reacts to his “smell,” and escapes. After the Kim son Ki-woo recovers in the hospital he learns that his father survived and is living in the underground area where the housekeeper’s husband had been. He vows to earn money to get the house so that someday his father can be free and the story ends. There is so much that happens and it stays with you.

Backstory and Motivation of the Mothers – I wanted more story on what had brought the Mothers to be in the situations they were in. The con mother Chung-sook used to be an athlete, but we don’t know why she is so harsh on the housekeeper. What drove her to be the meanest of her family? How did Yeon-gyo end up in the relationship with a husband who never admits to loving her? They both love their children and that clearly drives them, but I wanted more on how they came to be in the places they were. I feel like that would have defined more of the choices they make in the film.

This was a film I came to love the more I thought about it. The characters have nuance and humanity to them, even as they do horrible things and in the end there is growth for at least 2 of the family members who did the con as well. This film could have easily just clearly painted one side as wholly bad but it doesn’t. Instead you see what greed and desperation do to people as well as how money changes how people view one another. This is powerful and relevant and the only thing keeping it from getting a higher score is I wanted more backstory from the mothers. They really needed more development for what defined who they were.