If you enjoyed the first season of “Stranger Things,” chances are you will greatly enjoy the second. This is a season that builds on character development, expanding the world and action. It does everything a sequel akin to “The Empire Strikes Back,” “Terminator 2” and “Aliens” did and succeeds because of it. If you haven’t watched this show yet and enjoy sci. fi. or 80’s films…check this out. I doubt you will be disappointed.

The show was created by the Duffer Brothers who truly have once again done it again.

The story picks up where we left off with a few months having passed. The new status quo is 11 is now living in hiding with Sheriff Hopper, Will’s trauma from the Upside Down is shown to be much more than anyone realizes and Max is a new girl in town who changes the Team’s dynamic while Nancy and Jonathan wrestle with their trauma and revealing the events of Season 1 to the world.

The Pros: Cinematography and Action – I’m putting these together this time because they are somewhat obvious and don’t contribute anything substantial to how characters grow or change. These are things that really work in the context of the narrative and are an improvement from Season 1 but aren’t what stand out the most. I loved how the film looks and the action scenes are amazing, especially the action shots of the Team. So these are both positive that I wanted to state up front.

Fathers and Those Who Become Good Fathers – Another major theme is fatherhood from our adoptive fathers of Sean Astin as Bob who is dating Joyce and helps take care of Will and supports the Team in their fight. We also see it in Sheriff Hopper and his raising of 11 and him failing until he takes responsiblity for his anger and finally as a contrast Neil who is Billy’s and Max’s abusive father. Through the film this contrast drives how many of our characters are shaped. Sean Astin’s Bob is an amazing character and you will feel for the arc he goes through. I’m glad he’s a part of this season.

Mad Max and her arc – Max’s arc is finding family and standing up to her abusive brother Billy. We see this in how she stays away from the team but as they open up to her she begins to trust them and finally stands against them and defeats Billy who had been attempting to isolate her and abuse her through the show.

8 and her Team – This season we meet 8 who is another experiment who can make people see things that aren’t there with her mind. She is awesome and like Magneto she is out for revenge against the government agents with her band of punks. She’s not entirely an antagonist but she isn’t a protagonist either. This arc was good because she finds them after she finds her mother in a comatose state (that the government forced on her after stealing 11 from her) which makes 11 ready for revenge until she learns that she can’t kill out of rage, only out of love for another. 11 leaves her but we know she is still out there and I can’t wait to see her again and any other experiments who are free or exist.

Saving Will – Another arc that is handled really well is saving Will. Last season set up the Upside Down was still a part of him when he threw up a slug and in this we see the Mind Flayer possess him leading to him going through hell as the Team seeks to save him. It is tough and he isn’t rescued until the end and it is a fight to get to that point. The danger and visions give a good foreboding tone through the entire season.

11 and Hopper – I love this relationship. Hopper lost his daughter and 11 is his new daughter and Hopper is 11’s new dad. They’ve both been through trauma loss and it shapes how hard it is for them to trust one another. Hopper is extremely over protective at first and 11 is counting down the days she’s been stuck away from the world being protected. It is powerful and comes to a head when she runs away and Hopper calls her finally ending in them meeting up and her reunion with the Team and Mike. The resolution is powerful and we see that her standing together with her new family gives her the power to take on the expanding influence of the Mind Flayer.

The Team (old and new) – The Team is fantastic in this! You have Nancy and Jonathan revealing the government corruption, Steve and Dustin teaming up to find Dart (a baby Demogorgon), Lucas and Max and their budding relationship and Will and Mike dealing with the Mind Flayer with his mother and Sheriff Hopper as 11 joins them after she learns more about her backstory and finds 8 and her crew. I loved the new team dynamics and how all of them grew. None of these characters are the same after the events, they all grow and change and become stronger as they face their own trauma and loss.

The Cons: Slow Start – The one problem that stood out about this season was the slow start. It really picks up after episode 4 but before that it has a pretty slow build. I think this pays off later on but I also think more could have been done to give us more information on the Mind Flayer and it’s influence and just how pervasive the Upside Down had become. This was the only issue for me that kept it from being perfect.

This was one of the best seasons of television I’ve watched and much how “Defenders” season 1 fixes some of the problems in the first season of “Iron Fist” this does the same thing. This is a season of moving past nostalgia and dealing with consequences. This is a show that is more than 80’s movie and music references. This show faces trauma, loss and our characters grow and what they do matters. I’m not sure what is going to happen Season 3 as Season 2 ties things up rather nicely, but I I still can’t help but be fascinated by seeing how the characters grow further.

Final Score: 9. 8 / 10 Perfect length, great action and characters grow. The slow start is the only thing working against it. 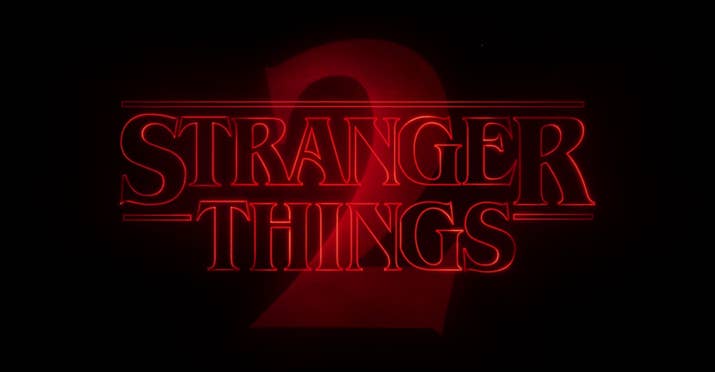