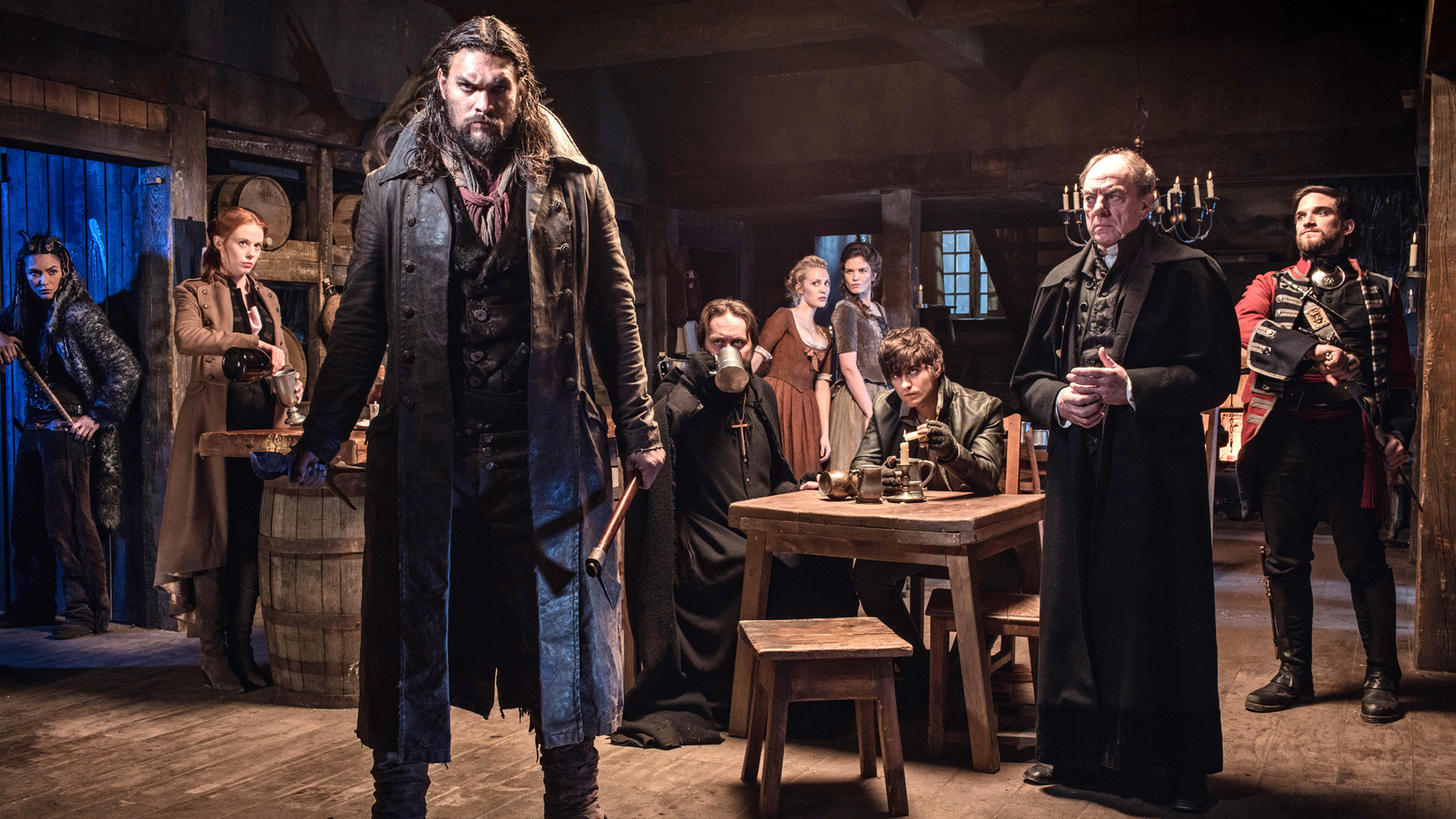 “Frontier” is  a show whose premise I loved and whose story has a lot of potential to be extremely great. There are a few things that keep it from being great though and those are the cliffhanger ending and the main protagonist and villain just aren’t all that complex and because the focus is on them and not the more interesting characters it brings the story down and keeps it from a great Season 1.

The story of “Frontier” takes place in Canada as the Kree, Americans, French, Scottish and English Hudson Bay Company vay for control of the Fur Trade in the area. Beneath of all this the story follows Michael Smyth (Landon Laboiron) an Irishman from England who is blackmailed by Lord Benton (Alun Armstrong) into becoming a spy against Declan Harp (Jason Mamoa), a half-Kree warrior seeking revenge against Benton and the Hudson Bay Company.

The Pros: The Factions – There are a lot of factions in this show and that is what makes it so interesting. You have Kree who want trade and those who want war, you have the brothers and one of the brother’s wives representing the Scots, you have Lord Benton and the Hudson Bay Company and his Captain Chesterfield who is his protector and enforcer and Grace and her Ale House which she uses to broker information and work her way into the fur trade as well, while helping Declan Harp on his revenge quest as well as an American faction causing chaos and trying to gain control over the area too.

The Ale House – The Ale House is one of the most interesting places on the show as here secrets are revealed and we see it as the only true women run faction in the area after the Kree leader is overthrown by her son. Seeing them navigate a world where women are treated like dirt is fascinating and Grace is a way more compelling character than Michael or Lord Benton as she leans good but is ruthless and shows how she has survived and thrived.

Declan Harp – Jason Mamoa’s Declan Harp is amazing! This is a man who lost everything to Lord Benton when his family was murdered by him after he joined the Kree and looked out for Native interests (his mother’s side of his family) and from this we see why he is so lost in revenge. This arc is still open though as in the end he escapes death (he does this a few times) but as far as we know, Lord Benton is still alive after the chaos.

Okay: The Protagonist and main Villain – Michael and Lord Benton are acted well but written flatly. Benton is just a misogynistic, racist, greedy man and Michael is just the idealist boy wanting to save his girlfriend who finds a higher calling in Declan’s cause. Both of them could have been given so much more complexity.

The Cons: Cliffhanger Ending – The Cliffhanger ending is really what brings the story down the most. The writer’s didn’t know if they’d get a Season 2 (Which they did thankfully) so leaving it open ended just made it so all the work and loss and fighting meant nothing. The factions are still aligned and though some maybe battered, we haven’t seen anything really change. We aren’t shown any solid change outside of Michael joining Declan over his girlfriend and even within that Lord Benton was implied to be still alive. For all the setup over the 6 episodes, there needed to be solid payoff.

This is a good start to a series that has so much potential. I love the fact that we see the different reasons that different factions have for wanting to join or fight the Hudson Bay Company and how complicated the politics get as each of the faction’s leaders vay for control of the trade even as other aspects of the war blind them to that or do things that hurt their own factions cause. I’m glad this show got renewed for a Season 2, this like “Dark Matter” is another good show coming out of Canada and one I highly recommend.

Final Score: 8.3 / 10 Cliffhanger and predictable protagonist brought it down but still a good start to what could become an unforgettable series.