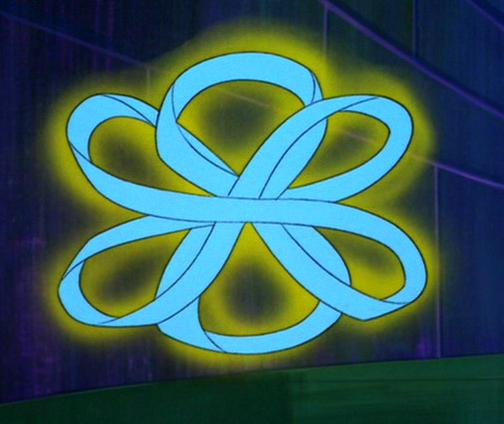 “The Jihad” had some interesting ideas, for example Spock and Kirk being on a secret mission with a bunch of other alien representatives to prevent a war is pretty cool. Sadly we get almost entirely tell and not show which makes it one of the worst episodes of the “Animated Series.”

The episode was directed by Hal Sutherland and written by Stephen Kandel.

The story involves Kirk and Spock being chosen by a powerful and ancient species to recover a Skorr artifact of religious significance in order to prevent a Jihad on the galaxy as the Skorr were once a war like species and it was only their religious awakening that now keeps them in check. Kirk and Spock must work with other aliens to retrieve the artifact and prevent the war.

The Pros: The Alien Team – The idea behind the alien team is really cool, with Kirk and Lara as the human representatives who flirt with each other a few times while the others are more extreme in emotion or balanced. Tchar is the leader who betrays them in the end as he wants the war and to re-establish “greatness” in his people again.

Spock and Kirk – Spock is logical and sound and is always a pleasure and these two have great chemistry again that shows why slash fic exists, especially as Kirk is way more interested in the mission and Spock than her even though she is down with hooking up over the course of the mission on the dangerous planet.

The Cons: The Writing – The script is really bad. Everything is explained and  because we are told everything it makes the very bad animation all the more apparent. If the writing had been okay this would be an okay episode, but because it is terrible it makes the episode terrible. Doesn’t matter how good your actors or ideas are if the script can’t carry the episode.

This is an episode I would not recommend at all, at it is a shame since there was so much potential here. We should have spent more times with the different aliens and gotten to know the Skorr more, instead we had a very poor execution of “Man vs Nature” and an obvious betrayal that never really made sense. 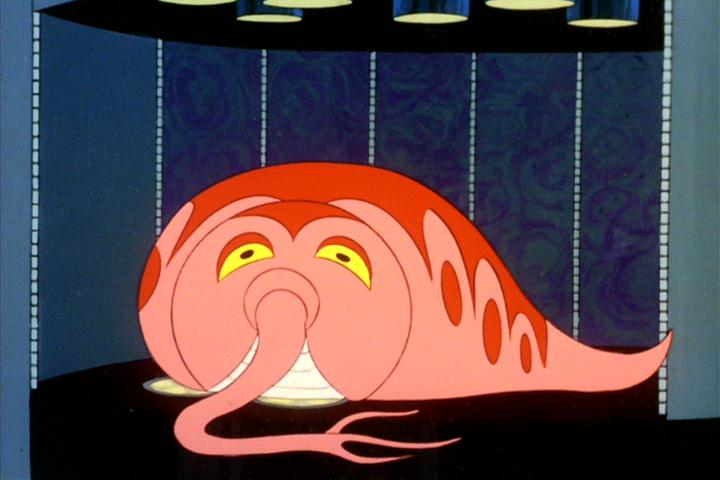 The idea of aliens seeing humans as animals is a cool idea but really hard to execute, and honestly the original “Planet of the Apes” did this idea so much better. I wasn’t sure who the aliens were in the end or why they thought humans and Vulcans were animals, they were supposed to be higher beings without it ever being demonstrated and that more than anything brought the story down.

The episode was directed by Hal Sutherland and written by David P. Harmon.

The Pros: The idea – The idea of aliens seeing humans as animals is a good one but the slugs are so boring we got know idea of their culture of society.

Okay: The Crew – Kirk tries to escape and the others talk to Markel but we don’t really get much. Scotty has a moment of the baby alien getting into his head and that is the extent of the interesting stuff, it was just that unmemorable.

The Cons: Execution – The zoo was poorly designed, the aliens culture was completely unknown and our crew  does nothing of significance. It’s just a bad episode.

The Message – Animals are just trying to communicate with us and are the same or could be the same as us someday. Not a bad message but very poorly done and if there is another message it was unclear to me.

This was not a good episode. Not much happens or is fleshed out and an interesting idea of first contact is completely wasted and goes cliche (they’ll be ready to meet us in 30 of their years). Was not a fan. 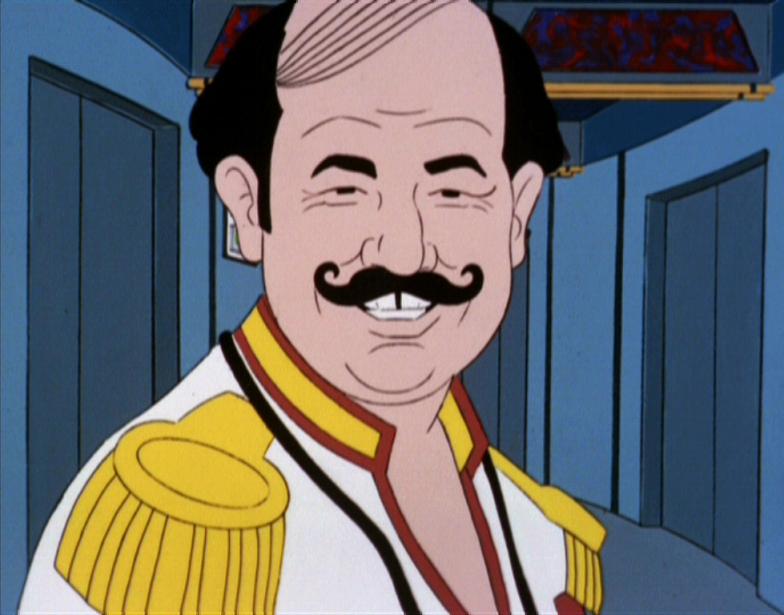 Harry Mudd is a terrible character and I’m not looking forward to my eventual watching of “Mudd’s Women” his introduction episode. In this he is a simple and very selfish con who has no redeeming qualities. This episode also suffers from “Star Trek” not being all that good at comedy. Still, there were a few things I enjoyed, though this is still not an episode I’d recommend.

The story involves Mudd conning some minors with love crystals that end up working and leading the crew to act crazy as he makes his escape and must be captured once again to be brought to justice within the Federation.

The Cons: The Premise – They to go to stop a con job by Harry Mudd on a world that isn’t even under the Federation, it is pointless from the beginning and Nurse Chapel falling for the con against a proven con is just bad writing.

The Message – Love can be induced by artificial means? I don’t think this episode knew what it was exploring and any message gleaned is a negative.

The Characters – With the exception of Kirk and Spock everyone is written terribly. So much flirting and acting stupid for contrived reasons. Not worth your time.

Harry Mudd – Why did they bring this guy back? He is useless, annoying and if he is anything like this in his introduction episode I am going to run into an episode that I will probably hate. Of all the people to bring back…why not Kor or one of the Klingons or the Romulan Empress? Not Harry “fracking” Mudd.

Mudd and terrible writing are the biggest problems with this episode. It reminds me why in improv my mentor Brian told was that acting drunk was a copout, this was that with contrived writing. It was trying to be easy rather than telling a good story. I do not recommend at all and and Harry Mudd is a terrible character.